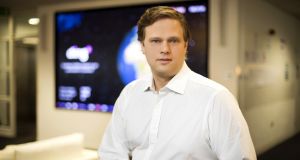 Irish payments company Ding is to open up its technology to outside developers in a move that will let other companies sell mobile top-ups.

The company, whose services are used by millions of people globally, is releasing its application programme interface (API) externally to allow anyone to integrate Ding’s technology into their solutions.

Ding, which delivers a top-up somewhere in the world every second, said the release would allow retailers and other customer-facing businesses to provide top-ups as rewards or as a form of compensation should things go awry with orders.

APIs are essentially portals that allow information to be safely and easily exchanged with trusted third parties. The likes of Google have long provided API platforms to allow developers to build new apps that incorporate their technology. MyTaxi and Deliveroo for example, both rely on Google Maps for location purposes.

While many phone users increasingly switch to contracts in more developed markets, the appetite for top-ups has never been greater globally.

With four billion prepaid phones in existence, such devices account for 76 per cent of all mobiles, although at any given time a quarter are often out of credit.

Established by Mark Roden in 2006, Ding lets expats to support family back home by facilitating the instant transfer of credit top-ups to any mobile phone anywhere in the world. The company has enabled users to send more than 300 million top-ups via about 500 telecom operators to over 140 destinations since it was founded.

Ding, which is headquartered in Ireland, employs more than 200 people. It had revenues of $500 million (€427 million) last year and is now led by David Shackleton.