Spotify slims down with Lite version

Web Log: App has a lot of same features and saves memory but is missing offline mode 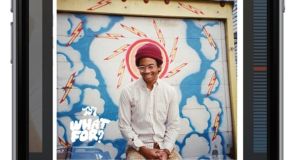 Spotify has introduced a Lite version

The latest trend to trim the fat from data-bloated smartphone apps has led to a spate of Lite versions. Some, like Facebook’s, give a pared down version that is still pretty useful while Instagram’s version doesn’t allow for private messaging, which may deter younger users.

Spotify’s attempt is good on paper: it has most of the same features while saving on memory, restricting data usage and playing music across all network conditions.

But it has one big downside: there is no offline mode, which is what the majority of subscribers use in the first place to save data or play music under conditions of spotty network coverage.

For now Spotify Lite appears to be region-restricted and unavailable in the Republic but if you’re tempted to try it out keep in mind it is missing many features of the main app: no gapless playback, no high-quality audio setting, no “scrobbling” to last.fm, and playlists only work on shuffle mode.

1 Chris Johns: Boohoo exposed on pay and conditions in digital economy
2 In this strangest of recessions, what happens next for Ireland?
3 Michael O’Leary is the boss you want to lead an airline out of crisis
4 Hotel bookings collapse in wake of additional Covid restrictions
5 Estée Lauder staff at Dublin airport plan further strike action
Real news has value SUBSCRIBE