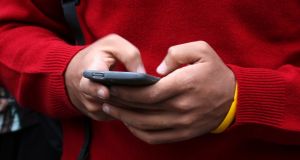 Freephone and low-cost telephone numbers that are commonly used for charity helplines and customer service queries cause confusion among the public and should be replaced, the communications regulator ComReg has said.

A new report looking at so-called non-geographic numbers (NGNs) which include phone numbers starting with “1800”, “1850” and “1890”, finds most consumers are reluctant to use them because they don’t understand the differences between them or how much they will likely cost.

NGN’s are not usually included in consumers’ mobile phone contract bundles, many users have been hit with high costs after making calls as operators do not make it sufficiently clear how much they charge.

“It would appear that a significant number of consumers are deterred from calling NGNs, or else they call them reluctantly and only where necessary (ie where they have no other option),” the regulator said.

“ComReg remains of the view that this is to the detriment of consumers generally and, in particular, to those who may be financially and/or socially vulnerable. There is also a negative impact on the many organisations which use NGNs to provide services.”

The regulator, which recently completed a review into NGNs, has said it intended to introduce a new “geo-linked” retail tariff measure over the next 12 months for the 1850, 1890, 0818 and 076 numbers.

It also intends to reduce the overall level of NGNs from five to just two by ditching the 1850, 1890, and 076 numbers over the next three years to leave just the freephone number 1800 and the universal access number 0818.