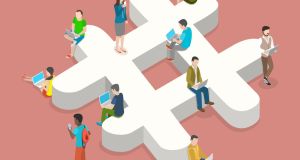 What do our trending Twitter topics say about us? If the Irish list is to be taken at face value, we are all worked up about Brexit, climate change and the weather.

After settling for second place last year and third place in 2017, the UK’s imminent (possibly) exit from the European Union finally climbed its way to the top spot on both the Irish and international list of news stories being discussed on Twitter this year.

Several missed deadlines and some broken promises from British politicians - including Boris Johnson’s pledge that he would rather “die in a ditch” than delay Brexit from the October 31st deadline – kept the topic on everyone’s lips until the end of the year.

But it wasn’t just Brexit that got us politically charged. Local elections (#LE19) and the budget (#Budget2020) came in at third and fifth respectively, proving that we were at least talking about the vote, even if the turnout was dismal.

Speaking of dismal, the ongoing debate about climate change continued in 2019. However, this year it was more about action as #ClimateStrike took the second spot on the most discussed topics of the year, following the campaigning of Greta Thunberg, with #ClimateChange and #FridaysForFuture also popular.

It wouldn’t be Irish Twitter without some sort of discussion on the weather. While 2018 saw the Beast from the East, 2019 saw #StormLorenzo hit Ireland. The storm itself may not have had as bad an impact as expected, but the topic managed to make it into the top five news topics, as people speculated about the damage done – and created their own memes.

International stories saw #RWC2019, the fire at #NotreDame, and #Trump sneak into the top five.

Social causes that caught people’s attention this year included the Climate Strike, #20x20 aimed at increasing visibility of women’s sport, and #ThankYouLaura, honouring Laura Brennan and the fight against HPV related cancers in Ireland. The #RaiseTheRoof topic drew attention to the ongoing problems of homelessness in Ireland, while Irish Twitter also took to campaigning against direct provision.

Tweets about TV were topped, unsurprisingly, by #LoveIsland as some of us hung on every development with finalist Maura Higgins and eventual winner Greg O’Shea, and the rest of the country desperately tried to ignore it was happening.

The ending of Game Of Thrones also sparked debate, with the programme coming in for some criticism as the final episodes aired.

The #LateLate, #DerryGirls and #Eurovision rounded out the top five.

On the sports front Liverpool FC was the most discussed football team, with Manchester United in second place. @OfficialGaa, @FAIreland and @IrishRugby were in the top five most mentioned accounts.

When it came to artists, @LewisCapaldi was the most talked about artist on Irish Twitter, with @Lilnasx in second. Liam Gallagher’s love of Tayto helped propel him to third, with Ariana Grande the only female artist on the list, at number four. Irish artist Hozier came in at fifth.

Globally, US president Donald Trump was the most mentioned politician on Twitter last year, and #NotreDame was the most discussed news hashtag.