Blockchain has potential to be global game-changer in virtual currency

Unlike bitcoin, this technology can prosper , leading a revolution across the fintech sector 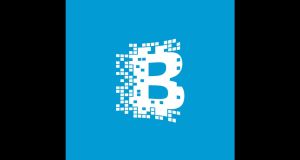 Mention blockchain several months ago and to most people that would have meant bitcoin. The cryptocurrency was hitting the headlines, usually for the wrong reasons.

Bitcoin has earned a reputation as the digital currency playing a pivotal role in Silk Road, the illicit underground marketplace that traded everything from drugs to fake documents.

Proponents argued that bitcoin had all the advantages of being independent of central banks and countries.

Those who remained wary cited two reasons why it would never replace other methods of payment: one was the fluctuating value – one bitcoin is currently worth just over €601, but in the past it has reached more than $1,000 – and the other the fact that it is designed to be limited in the number of bitcoins available and the speed at which transactions can be processed through the system.

A more interesting development, however, is the rise of the blockchain, the technology that underpins the virtual currency. This is the real global game-changer.

Blockchain was the subject of discussion at the recent Inspirefest event in Dublin. A panel, comprising First Capital founder Hazel Moore, Lloyds’ director of innovation Claire Calmejane and Bank of Ireland’s head of innovation David Tighe, discussed the future of fintech and the evolution of blockchain. “This is definitely not a sideshow,” said Tighe.

A recent report by PwC predicted blockchain was about to explode, leading a revolution across the fintech sector.

“While many of these companies may not survive the next three to five years, we believe the use of the blockchain ‘public ledger’ will go on to become an integral part of financial institutions’ technology and operational infrastructure,” the report said.

People are listening. At the end of May, accountancy giant Deloitte announced it would set up a European blockchain technology lab in Dublin that would eventually employ up to 50 people.

The company is by no means the only one to experiment with the technology. More than 40 of the top financial firms are looking at blockchain and its potential uses, with Bank of Ireland among them when it carried out a proof- of-concept trial with Deloitte on blockchain technology that demonstrated how financial institutions could use the technology with their existing systems to lower costs.

Banks are getting on board with the technology because to ignore it could leave it in the same situation as the music industry found itself in when digital music took off: at risk of being left out in the cold.

Is it the last act of a dying industry? Blockchain is, you might argue, the ultimate bank killer. It is a system that eliminates the need for a trusted intermediary. The records are transparent and seemingly incorruptible. Legal professionals too should be wary of the rise of blockchain, as should any profession that relies on actings as an intermediary in transactions.

The technology could, in theory, be adapted to a range of other industries that require an independent arbiter: the land registry, for example, or verifying identity.

But blockchain has to shake off the negative associations with bitcoin if it is to evolve. One of the benefits of the technology is that it is everywhere and nowhere at the same time; there would be no way for a single entity to take control of the network because of its structure.

However, that is under threat, thanks to some shrewd investing by Chinese firms. According to an article in the New York Times this week, the majority of the bitcoin network is now in the control of a handful of Chinese firms. It has come about through a mixture of investments and server farms around the country. Some 42 per cent of bitcoin transactions this year were conducted by Chinese exchanges, the NYT found, and a number of Chinese firms just invested in US-based Circle.

The idea that bitcoin should be decentralised is one of its core tenets, and that, it seems, is the one that its popularity has threatened.

But the feeling at Inspirefest was that although there is potential in the blockchain technology, the spectre of a “post bank” world was a dim possibility for now. After a momentary silence from the panel at the prospect, Calmejane pointed out that there were still many people who did not transact online, and would still require some form of intermediary.

One thing they all agreed on was that the technology was still at an experimental stage.

Hazel Moore agreed, adding that although it provided immutable security, speed was still an issue.

“If we’ve digitized so many industries, we really need to figure out some of the solutions to security and identity,” she said. “One of the issues around blockchain is around speed. It’s relatively slow.”

That compares with fast-moving data in banking and could be a stumbling block to its adoption.

“There will be massive opportunities for blockchain,” said Moore. “But I think people are still experimenting and finding out what those are.”