Company was established in 2014 by the co-founder of ethereum, Joe Lubin 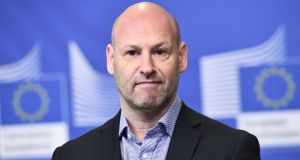 ConsenSys, a Brooklyn-based start-up established by the co-founder of cryptocurrency ethereum which was recently selected by the European Commission to help it gets to grips with blockchain technology, is to open a new facility in Dublin that will lead to the creation of 60 jobs.

The company, which serves as a “decentralised blockchain production studio” was established by Joe Lubin in October 2014. Mr Lubin previously helped to set-up ethereum, currently one of the most valuable cryptocurrencies.

The new Dublin-based Innovation Studio will be a multi-functional facility including a development lab, where engineers will build and deliver ethereum-based blockchain platforms and products stemming from the company’s consulting arm, ConsenSys Solutions, as well as a centre for client collaboration.

The studios will also work on decentralised applications and ‘spoke’ companies as part of ConsenSys’ venture studio, ConsenSys Labs, the company said.

Dublin will be ConsenSys’ third hub in Europe and fourth in Europe, the Middle East and Africa (EMEA), adding to facilities in London, Dubai and Paris.

ConsenSys, which employs more than 600 people globally, said it is looking to have 60 people based in the Dublin Studio within a year, with 70 per cent of the team being blockchain and full-stack engineers.

The Dublin studio will be led by Lory Kehoe, who was previously at Deloitte where he founded and was a director of the EMEA Blockchain Lab for nearly three years.

“Dublin is a renowned global technology hub that is home to the international operations of the world’s largest technology companies. We can feel the excitement in the developer community for ConsenSys’ expansion to Dublin, where the tech community is embracing decentralisation to solve intractable challenges such as identity protection, data sovereignty and sharing economics. We are consistently impressed by the depth of ethereum knowledge and developer skills in the region,” said Jeremy Millar, chief of staff at the company.

In February, ConsenSys was selected by the European Commission as a partner for its planned Blockchain Observatory and forum.

The Commission wants the observatory to build up both technical expertise and regulatory capacity with the ultimate aim of developing a common approach to blockchain.

While most commonly associated to date with cryptocurrencies such as bitcoin, they are expected to impact digital services and transform business models in a wide range of areas, including healthcare, insurance, finance, energy, logistics, intellectual property rights management or government services.

Spending on research projects on blockchain technologies by the European Union is expected to jump from €83 million to as much as €340 million by 2020 after the EU recently announced a rise in funding to coincide with the launch of its planned observatory.