Avanade launches in Ireland with plans to create 100 jobs

Management consultancy intends to be ‘leading digital innovator in Ireland’ 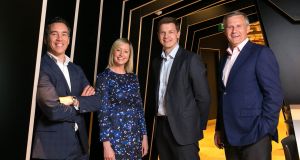 Management consultancy Avanade has launched in Ireland with plans to create 100 jobs over the next 12 months.

Established by Accenture and Microsoft in 2000, the business provides digital, IT and advisory services to clients across a range of industries including retail, banking and healthcare.

Avanade’s Irish arm will initially be based in Accenture’s office at Dublin’s Grand Canal Square, however, the company will seek alternative office space as it grows its footprint in Ireland.

The company’s newly appointed country manager, Graham Healy, said his goal is to “position Avanade as the leading digital innovator in Ireland”.

The company’s Europe president, Darren Hardman, said: “With demand across Europe for Microsoft growing fast, I’m delighted that we’re able to help clients in Ireland tap into the benefits of cloud and digital technologies.”

1 Paschal Donohoe’s election as Eurogroup president ‘a great win for Ireland’, says Taoiseach
2 Ryanair accuses ‘screen scrapers’ of blocking refunds
3 What does the Covid-19 recession mean for interest rates?
4 ‘It’s been quite easy’: Insights from the heart of the remote working revolution
5 Donohoe’s new role puts State at centre of debate over EU’s future
Real news has value SUBSCRIBE