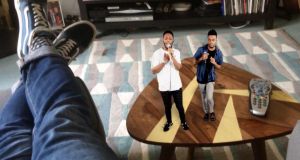 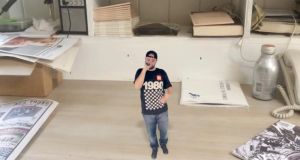 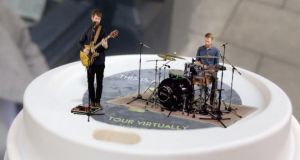 Being a musician is a lot like being a coal miner. (Stay with me.) Like the poorly paid miner, musicians spend much of their working life in dark, poorly ventilated areas and seldom see the light of day, touring as they do from one venue to the next, all the while damaging their brains and lungs irreversibly from the excesses of the rock ’n’ roll lifestyle.

But in one sense, coal miners have things a little easier. You never hear of them being asked to work for free for the “exposure”.

(In a mining context, this refers to something quite toxic.)

Musicians, however, are asked to do so all the time. And as many other revenue streams – such as album sales – have gone down the toilet, getting punters to gigs organised by the bands themselves is one of the last ways to extract a living. A couple of ex-musicians from Dublin with an entrepreneurial flare have got out of the game to pursue a novel business model to help promote live music in a new way.

“We were both musicians ourselves and learned that one of the only ways to make money anymore was by playing live gigs,” says Neil Harrison, co-founder of Firstage. “However, myself and my partner, Keith Lawler, had some advertising experience too and saw an opportunity: what if artists could be playing different gigs simultaneously anywhere in the world? AR provided the necessary tech to make this possible.”

Firstage record live performances from artists in front of a green screen. Their performance can then be watched by using an AR-based smartphone app and a kind of mini-stage (the size of a business card that can be printed off their website) or at a growing number of locations hosted by corporate sponsors in Dublin.

This is a start-up in a constant state of evolution. Both the AR tech being used as well as the Firstage business model are so novel that how it continues to develop is limited only by the imaginations of the creators, who are keen to keep musicians at the heart of the project (an aspect that would likely be lost should some music industry giant step in, “adopt” the idea and make it its own).

“We just we moved into our new studio space on Wellington Quay in Dublin, with office space joined to the live music venue the Workman’s Club,” says Harrison. “With regular gigs happening nightly we can record artists who are on at the venue but also have access to the stage at any time to record our own festival artists. This is a huge step forward for us in terms of content generation.”

The tech itself is developing too. Whereas AR stages were heretofore restricted to certain places, Firstage has added the facility for fans to drop a stage simply by scanning their environment. “This means they can place a stage on the floor or table closest to them,” says Harrison. “It works by scanning a detailed area (just like a marker works) and locking the anchor to this point.”

The Firstage founders have also signed agreements with new “stage partners” in well-known Dublin hot spots such as the Workman’s Club, cafe Kaph and restaurant Honest to Goodness.

“We want to have a nice list of cool coffee shops, music stores, music venues and eateries where users can broadcast from, placing Firstage collateral on coffee cups, tables, walls and even host some gigs there to raise awareness,” says Harrison.

Is it a gimmick? Will being able to see a mini-band perform a live set on the base of your coffee cup be anymore culturally ground-breaking than catching a highly prized pokemon in a Holocaust museum or watching a chipmunk give a dramatic look over and over?

As nuanced as it is, Firstage has received support from Enterprise Ireland, an organisation not known for taking on start-ups simply for their novelty value. “We have a really disruptive product,” says Harrison. “It’s the first of its kind, very easy to stand out and so people, at the very least, tend to remember what we do.

“Websites are dead. The media of the future, particularly for music promotion, will be more interactive. Even gig posters you see up all over Dublin could become the platform/stage for a band to use our AR tech to watch a live performance. Instead of only being able to provide the necessary details about where and when a gig is happening, with Firstage technology, the poster could literally come alive and you could actually check out what a band is like there and then,” he adds.

“Look, this is never going to replace the real thing. Nothing beats seeing a band on form playing live. But it will at least give music lovers a taste of what the band would be like before deciding to buy a ticket.”

Firstage is currently focusing its efforts on a small scale, using Dublin as a test bed for beta release. “Keeping it small for now allows the brand and fan model to get rolling and accelerate learning in these early stages before we take them to other Irish cities,” says Harrison. “Limerick and Cork will be next. It will be tested across Ireland before we drop it in New York once we’ve ironed out all the creases.”