Savvy businesses need to look after their customers

In an increasingly competitive marketplace, customer service is a powerful way to stand out from the crowd 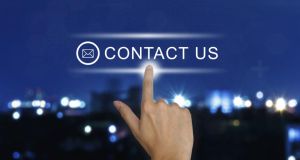 The customer may be right, but that doesn’t mean they are always satisfied. Customer service is said to have a stronger impact than price, branding or even product quality. Yet customer service seems to be getting worse.

You can’t even speak to someone when you phone a company. Instead you are left talking to a machine, pressing numbers or having to shout out “yes” or “no” in a clear voice repeatedly as the voice recognition system doesn’t understand you. And good luck with trying to make a complaint to a robot.

And we are a patient lot. The average consumer will wait on the phone for 13 minutes before hanging up, according to the American Express global customer service barometer.

However, consumers are tired of interacting with companies that sidestep their questions or speaking to automated systems that can’t solve problems.

Furthermore, in today’s wired world, disgruntled consumers can have an exponential impact on a business that doesn’t serve up a good customer experience, taking to social media to quickly spread word of their discontent.

As author Chris Anderson, a former editor of Wired magazine, puts it: “A company’s brand is not what the company says it is, but what the customer says it is on Google. . . The ants have megaphones now.”

Customers in 2014 will most likely become more demanding about basic customer service issues. They will expect greater 24/7 availability, more personalisation and human interaction in communication.

So how can you improve your customer service and prepare for future trends?

Instant customer service
Responding quickly to an inquiry has the single greatest impact on customer satisfaction.

When a consumer has a query or problem, they want an answer quickly. Today’s consumer is also busier than ever. They don’t have the time or the patience to wait on hold forever, being told they are tenth in line to speak to a customer service agent, according to Sharma.

“Customers don’t want to spend ages reading FAQs to find an answer, or talking to an automated system as they want a solution fast.

“It is important that companies recognise this as the customer is empowered now. They can easily voice their annoyance online and that has an effect on how other customers view the company.”

With regard to email, there is a bit more time, but businesses should respond to customer emails within at least one day. They should also bear in mind that the majority of customers expect a response within several hours.

Due to an increasing need for immediate responses, Sharma says use of live chat and instant messaging to connect customers with agents has grown remarkably.

Customers can ask a few questions quickly without having to wait on hold for ages. They can also get light tech support.

That is now going a step further into online audio and video support.

“Call centres in the future won’t be just audio centres, they will be video centres too,” he says.

The human quotient
No matter how much technology consumers rely on, they still want the ability to connect with a human being when a question needs answering.

Customers are getting sick of talking to automated systems. The majority of them want to talk to a real person. Yet despite this, businesses are continuing to increase their use of automated, self-service systems.

He says online customer service is often treated as a tool by companies to avoid live customer interaction.

“There is a move towards more personalised service. There is a feeling that live chat isn’t good enough as the first few answers are often generic. People want to see or hear who they are dealing with,” he says.

Mark Cullen, director of market research company W5, says customers often feel they are not being looked after when they make a call and are greeted by an automated system.

“We see in data we get back from clients that digital channels are more efficient but score lower as people feel they don’t have a relationship with the company. It feels colder to the customer.”

Organisations need to find a balance between human and automated services and take a multi-channel approach to delivering customer service. People like asking questions on Twitter or Facebook as it is quick, easy and they know a human will be at the other end answering.

Be where your customers are
The provision of customer service via social media channels such as Twitter or Facebook is nearly becoming the norm. Social customer service is the new phone or email, and that is because millions of people use social networks every day.

Companies need to be where customers want them to be, whether it is Facebook, Twitter, email or on the phone. Companies that support their customers across multiple channels drive higher engagement and respond faster to customer inquiries – all increasing satisfaction.

Convenience is key, and if it is possible for customers to contact companies, using their preferred method of communication, it will make their lives easier.
Anticipate customer needs
A lot of companies already do this with customer-service forums and FAQ sections on their websites, and these have been show to deliver a high level of customer satisfaction.

Self-service forums can be a good move for the business as they can, among other things, lower support costs.

However, there are only so many problems FAQ sections can anticipate, and often the answers are specific to the customer.

“Customers don’t want to be reading FAQs all the time, in the same way they don’t want to deal with an automated system,” Sharma says.

Noticing there was a gap in the market for live audio and video support through a website, Sharma developed touchapps.

The software enables any start-up, SME or multinational to offer live audio and video support via their website to their customers.

Amazon has launched a “mayday” button and Salesforce.com has introduced an “SOS” button as part of their strategies to anticipate customer needs.

Once a consumer presses the button, it will alert the company instantly that they need help, and instant and personalised support can be delivered.

Cullen says Delta Airlines is another classic example of a company trying to anticipate things that would annoy consumers and resolve the issue before it happens.

“They put extra parts in their main hubs, so they will have an extra part for a plane on hand. They are beating problems before they happen.”

Customer service the good, the bad and the ugly

Chris Hurn, the chief executive of Mercantile Capital, took his family to stay at the Ritz-Carlton last year. After returning home, he discovered his son had left behind his toy giraffe. The hotel quickly found the toy and posted it back to them, along with a hilarious photo montage of the giraffe enjoying the benefits of all the Ritz Carlton amenities. There were photos of the toy giraffe getting a massage at the spa, lounging by the pool and even driving a golf cart on the beach.

Last September, an angry British Airways passenger took it upon himself to fight back against the poor customer service he received by purchasing a promoted tweet.

Hassan Syed purchased the premium tweet to complain publically after he received poor customer service when his father’s luggage went missing on a BA flight from Chicago to Paris, writing: “Don’t fly @BritishAirways. Their customer service is horrendous”. The tweet was seen by more than 76,000 users.

Despite being the subject of such a public complaint, the airline failed to respond to Mr Syed for eight hours as the message had been posted outside of its customer service hours.

The owner of a Samsung Galaxy S4 put a video on YouTube, claiming his phone had caught fire while charging. The video quickly went viral and Samsung contacted the owner, offering to replace his phone. The only catch was he had to remain quiet on the matter, and remove his video from YouTube. Recoiling at
this request, the owner made a second video criticising Samsung’s response in offering him a new phone only if he remained silent. Never missing an opportunity to take advantage of Samsung’s failure for customer support, Nokia stepped in with a Tweet to the phone owner, saying: “We want to help you out. Let me send you a Nokia Lumia so you can experience how customer service should *really* work.”