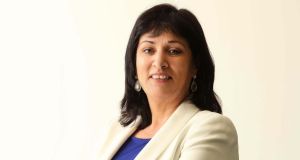 Two of the country’s best known business leaders have become involved in a planning row with a neighbour over a proposed extension to a guesthouse in an upmarket Dublin suburb.

Tech millionaire, Niall Turley who founded the online car hire firm, CarTrawler and Anne Heraty, group chief executive and founder of one of the country’s largest recruitment agencies, CPL Resources, have opposed plans for a six-bedroom extension next to their homes on Highfield Road in Rathgar.

Mr Turley has lodged an appeal with An Bord Pleanála against the recent decision of Dublin City Council to grant planning permission for the proposed extension to Ardagh House.

The 22-bedroom guesthouse sold for €5 million when it was recently bought by its current owner, PBD South River, a property investment firm.

The company is proposing to continue to run the guesthouse business but wants to demolish an existing rear extension to the Victorian building dating from the 1950s and replace it with a new single-storey extension as well as providing 11 additional car park spaces.

PBD South River claims the proposed extension is of low height and respectful of the height of surrounding buildings, while not visible from the public road.

However, consultants acting for Mr Turley said the proposed extension represented an intensification of use which would have “undesirable effects” and would reduce the amount of open space of Ardagh House.

They also claimed the extension could create increased traffic congestion in the area and called for existing signage on Ardagh House to be removed because of its “very poor” quality.

In a submission to the council, consultants for Ms Heraty and her husband, Paul Carroll, CPL’s business development director, said they were not opposed to an extension in principle but believed the proposed development would have significant negative impacts on their own property including its value.

They expressed concern that there was a possibility that the guesthouse could be converted into a “hostel with care” and noted that the proposed layout of the extension was akin to a design for “shared living” as well as providing for two additional offices.

The couple have called on the planning authorities to impose a condition that the building could only be used for tourist accommodation.

Outlining its decision to approve the development, the council said it would secure the ongoing use of the site as a guesthouse which would contribute to the city’s stock of tourist accommodation which was a key pillar of the city’s economy.

Council planners ruled that the proposed extension would not adversely impact on the amenity of adjoining residents.

A ruling by An Bord Pleanála in the case is due by the end of September.