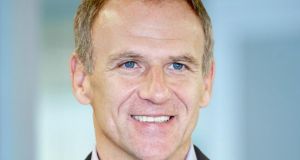 Mr Lewis has vowed to restore struggling Tesco’s profits and said he will cut its central administration costs by 40 per cent.

He has already announced the closure of its main head office in Cheshunt in Hertfordshire, Britain. The redundancies at the Dublin head office, which employs 350 staff, are part of his campaign to cut overheads.

Tesco Ireland confirmed the cuts yesterday, but said some of the staff may stay on in newly-created positions.

“Of the roles impacted, 15 colleagues chose to avail of voluntary redundancy and decided to leave the business.”

It reiterated that it was not planning any store closures in Ireland, as have happened in Britain.

“We are making a small number of changes in our head office to ensure that we have the right structure to support our colleagues in our stores and to free up resources to invest in providing the best experience for our customers,” it said.

Squeezed by discounters Aldi and Lidl, Tesco’s market share in Ireland has declined to the point where Musgrave’s SuperValu is on the verge of toppling it as the country’s biggest grocer.