Tesco in $12m US settlement over accounting scandal 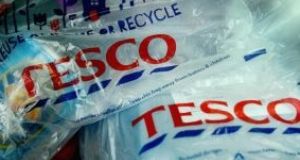 Tesco has agreed to pay $12 million to settle a US shareholder lawsuit claiming that accounting irregularities inflated the share price of Britain’s largest retailer.

The all-cash settlement was disclosed in filings on Wednesday in the US District Court in Manhattan, and requires court approval.

The company was not immediately available after business hours for comment. George Conway, a US lawyer representing Tesco, declined to comment.

Tesco was sued after revealing in September 2014 that it had overstated first-half profit by £250 million because it incorrectly booked payments from suppliers.

That led to the price of Tesco’s American depositary shares falling 15 per cent on the next trading day. Tesco later raised the estimated overstatement to 263 million pounds.

The scandal led to the departure of several top executives, probes by Britain’s Serious Fraud Office and other regulators, and the replacement of Tesco’s longtime auditor.

The lawsuit claimed that Tesco and top executives misled investors into believing the company was performing well, when it was instead reporting profit incorrectly, taking too long to recognise costs, and overstating inventory.

Kim Miller, a partner at Kahn Swick & Foti representing Klug, in a court filing called the settlement an “outstanding recovery” given the risks of continued litigation.

The average recovery will be 37 cents per American depositary share and 11 cents per F-share before deducting fees and expenses, court papers show.

Kahn Swick & Foti plan to seek legal fees of up to 30 per cent of the gross settlement fund, the papers show.