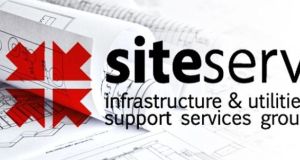 The company said it was currently pursuing a policy of geographic and sectoral diversification with resources being deployed on developing business in the UK and in the Caribbean, where Denis O’Brien’s telecoms firm Digicel has a large foothold

The Denis O’Brien-owned infrastructure and utility support services company Siteserv, which recently rebranded as Actavo, is forecasting turnover of about €400million for 2015 on the back of strong trading.

According to accounts recently filed with the Companies Registration Office, the group reported a jump in both turnover and pretax profits last year and said it was confident that 2015 “would represent another year of successful development for the business.”

Siteserv was acquired by Denis O’Brien’s company Millington for €45.4 million in March 2012 in a deal that saw State-owned Irish Bank Resolution Corporation (IBRC) write off €110 million of its €150 million debt, effectively a 70 per cent haircut.

Siteserv recorded an operating profit last year of €16.69million last year as against €8.59 million a year earlier. However, interest payments rose from €1.6 million to €2.45 million over the same period.

“The group demonstrated its confidence in future growth in demand for its services by continuing to invest in capability, service equipment, plant and machinery with net capital expenditure amounting to €10.3 million for the year,” it said.

Siteserv employs over 3,000 people across 50 locations and 30 companies, including GMC/Sierra, which was awarded contracts to install water meters in Dublin City, Wicklow, Kildare, Offaly, Laois, Mayo, Roscommon, Donegal, Sligo and Leitrim in July 2013.

The company said it was currently pursuing a policy of geographic and sectoral diversification with resources being deployed on developing business in the UK and in the Caribbean, where Mr O’Brien’s telecoms firm Digicel has a large foothold.

It said part of its long-term strategy was to position itself as the infrastructural services firm for Digicel with Siteserv recently setting up a number of operations in the Caribbean region.