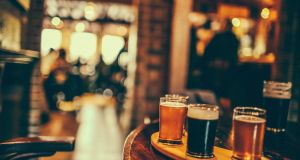 British pub operator Mitchells & Butlers on Thursday reported a 9.8 per cent rise in comparable sales for the three-week holiday season, but warned about the ongoing uncertainty around Britain’s looming exit from the European Union.

The company, which is backed by businessmen JP McManus and John Magnier, said it remains cautious about outlook until the political and macroeconomic landscape becomes clearer.

“We now enter our toughest quarter and, given the success of the festive trading period, we would expect trade to be quiet at least until people get paid again,” chief executive Phil Urban said.

The groups operates more than 1,800 pubs, bars and restaurants and owns brands such as All Bar One, Harvester and Toby Carvery.

Pub operators in Britain have battled rising costs from a minimum wage increase, higher property prices, a Brexit-spurred slide in sterling and a move away from pub drinking by younger Britons.

The company, however, said it saw record business on all important festive dates, including sales of over £12 million (€13.2 million) on Christmas Day.

Total sales rose 5.1 per cent over the 14-week period, the company said. – Reuters