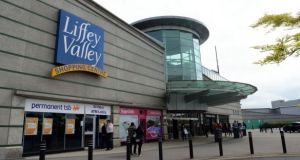 The new store, the 323rd one to be opened by Penneys/Primark worldwide, covers three floors

Penneys has opened a new 53,900 square foot store in Liffey Valley, its 37th shop in Ireland.

The store opening is part of a new €26 million investment in the shopping centre.

The new store, the 323rd one to be opened by Penneys/Primark worldwide, covers three floors.

The retailer is continuing its expansion outside of Ireland with the opening of its sixth store in the US later this week in Burlington, Massachusetts. A further two stores will open this week in Hamburg, Germany and York, England, followed by Brescia, Italy and Paris, France next week.