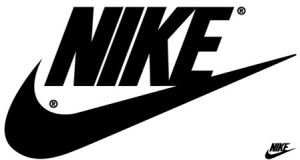 Nike is said to have outpaced competition from Under Armour, its fast-growing but much smaller rival, after intense negotiations with Chelsea

Nike is closing in on a kit deal with Chelsea Football Club worth £60 million a year, making it the second most lucrative in the history of England’s Premier League.

The US sportswear group outpaced competition from Under Armour, its fast-growing but much smaller rival, after intense negotiations with Chelsea, according to a person directly involved in the talks. Oregon-based Nike declined to comment.

The £600 million deal, set to run for at least a decade, underscores the value Premier League clubs present to global brands, especially those with a commercial interest in Asia, even if jersey sales do not necessarily offset the deals. It also marks a change in how brands are using endorsement money, favouring teams over individuals, said Matt Powell, sports industry analyst at NPD, the research group. – Copyright The Financial Times Limited 2016