New car sales in first quarter down just 3.2% on last year; registration of used imports up 5.5% 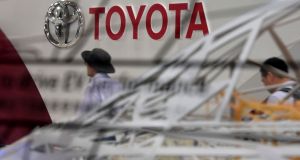 Toyota is the best-selling brand this year, with 6,320 registrations, ahead of Volkswagen with 5,245. Photograph: Getty 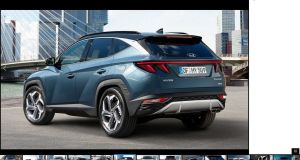 The Hyundai Tucson is the best-selling car on the Irish market this year.

Some 48,188 new cars were registered since January despite Covid-19 lockdown restrictions that meant physical showrooms had to close.

New car registrations were down 3.2 per cent compared with the first three months of last year, with March sales totalling 9,270.

Used car imports rose 5.5 per cent in the first quarter, with 18,420 used cars re-registered in the Republic. Dealers attribute much of this to an increase in the stock of used imports at the end of last year, ahead of the new Brexit-related customs duties.

However, some industry sources suggest that rising used car prices, along with currency fluctuations that wash out some of the extra duties incurred on imports, will mean used UK imports will remain a viable option for some car buyers.

The best-selling car on the Irish market this year is the Hyundai Tucson, followed by the Toyota Corolla and Toyota Rav 4.

Toyota attributes its sales success to its hybrid strategy. Regular petrol-electric hybrids now account for 17.7 per cent of all new car sales, while plug-in hybrids make up 5.6 per cent. Petrol makes up 33.5 per cent while diesel has dropped to 37.4 per cent, down from 44 per cent this time last year and over 70 per cent five years ago. Sales of fully electric new cars account for 6 per cent of the market in 2021.

According to Steve Tormey, chief executive of Toyota Ireland: “It’s really promising to see the continued growth in popularity in self-charging hybrids, which have seen impressive year-on-year percentage gains and now accounts for nearly one in five car sales in 2021.

“The next step is to seriously address the issue of diesel passenger cars and their negative impact on human health, which countless studies have proven. We’d like to see further changes to our tax system to help incentivise customers to move from diesel towards electrified options, like self-charging hybrids which have ultra-low NOX emissions.”

Sales of new vans totalled 11,346 in the first quarter, a rise of 22.4 per cent on last year. However, registrations of heavy goods vehicles fell 2.9 per cent to 882 in the same three-month period.