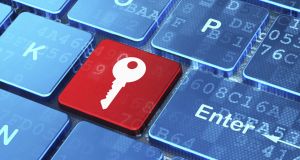 Oasis stores and manages records and information for client companies.

Private equity group Montagu is buying Irish records storage specialist Oasis Group in a deal likely to be worth at least €100 million.

Dublin-based Oasis has operations in Ireland, Britain and Europe. It stores and manages records and information for client companies.

Montagu has agreed to buy the business from its current majority owners, US investors Housatonic and Sverica, in a deal finalised in recent days.

Oasis founder and executive chairman Dennis Barnedt will retain his position and a “significant stake” in the company, Montagu said.

Neither side revealed what Montagu is paying for the Irish company, but the private equity player says it targets businesses worth between €100 million and €1 billion.

During 2015 it drew down most of a €60 million loan agreed with its banks. Oasis was due to begin repaying that in 2017.

Any calculation of the company’s enterprise value would have to include its debts. The accounts show that Oasis’s liabilities were secured against its assets.

The company’s returns also state that, in January last year, US bank Goldman Sachs increased the amount available to Oasis under the facility agreed in 2015.

Oasis spent more than €44 million in 2015 buying rivals in Belgium and the Netherlands. Its acquisition spree continued into this year, buying Federal Archive in Cork this month and Removal Services Scotland in Edinburgh last May.

Offsite Archive Storage & Integrated Services’s 2015 accounts show that it lost €5 million last year, a 150 per cent increase on the €2 million shortfall it recorded the previous year.

Its interest bill rose to €3.25 million from €924,000, bringing total losses for its financial year to €5 million. Net assets for the year were unchanged at €31.5 million.

Oasis’s new owner Montagu Private Equity says that it is managing assets worth €4 billion and that it has €2.75 billion to invest. The company backs management buyouts. Its chief executive is Jason Gatenby and it has offices in London and Europe.

It has backed companies in manufacturing, technology and services throughout Europe. In Britain its investments include vegetarian food maker, Quorn, law school, the University of Law, and an undertakers, Funeral Service Providers.

Montagu’s spokesman did not respond to a request for a comment. The private equity group issued a statement saying that it would work with Oasis managing director Brian Connolly and his colleagues to grow the business through further European expansion.

Mr Barnedt said that he was delighted with the private equity fund’s involvement. “Oasis Group has established a leading role in the industry over the years and we plan on further reinforcing this position throughout Europe with the help of Montagu,” he said.

Mr Connolly noted that the firm had backed similar businesses in the past. Montagu director Michal Chalaczkiewicz pointed out that Oasis was a leader in its industry.

Oasis’s sellers, Housatonic and Sverica, have offices in Boston and California. Both issued statements confirming the deal. Oasis’s spokeswoman was not available for comment.