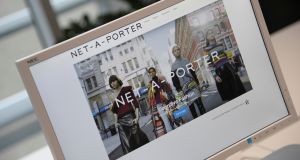 Luxury goods maker Richemont on Monday offered up to €2.8 billion to take full control of Yoox Net-A-Porter (YNAP) in a bid to expand the online retailer as competition for online sales of high-end products grows.

Richemont, who like many peers in the luxury industry has been slow in pushing online sales, offered €38 per share for YNAP, an almost 26 per cent premium to the e-commerce portal’s closing price on Friday.

The Swiss firm, whose brands include jeweller Cartier, pen and accessories maker Montblanc and watchmaker Baume & Mercier, owns 49 per cent of YNAP but only has 25 per cent of voting rights. Its bid values YNAP at about €5.3 billion, YNAP CEO Federico Marchetti said on Twitter Richemont said it saw a “meaningful opportunity to further strengthen YNAP’s leadership in luxury e-commerce”, including expanding to new markets and adding to the product range.

The internet has become the industry’s most important growth engine, with analysts expecting online transactions to rise steadily and represent a quarter of all sales by 2025, up from 9 percent at present. Analysts said the move would boost the online presence of Richemont, which has been slower than others to expand in e-commerce, especially with their watch brands. LVMH, owner of Louis Vuitton, launched its own multi-brand online venture last year.

Competition in the sector is growing, in particular from Chinese digital retail giants such as Alibaba and Tencent, which are eager to expand their reach beyond China. Chinese consumers have been major drivers of the luxury goods business. “Richemont had been looking for partners in the luxury sector to take stakes in YNAP so it could become the main industry platform. However, other luxury goods players were not interested,” said Jon Cox at Kepler Cheuvreux. He said the bid for control made strategic sense for Richemont as online luxury sales would continue to grow.

“We are very pleased with the results achieved by Yoox Net-A-Porter Group’s management team, led by Federico Marchetti, and we intend to support them going forward to execute their strategy and further accelerate the growth of the business,” Richemont chairman Johann Rupert said in a statement.

Marchetti, expected to stay in charge after YNAP’s delisting according to the Richemont deal, said the transaction would bring additional resources from the Swiss company. “This means investing even more in product, technology, logistics, people and marketing,” Marchetti said in a statement. Marchetti said in November that YNAP’s revenue growth in 2017 would come in at the lower end of its 17 to 20 per cent guidance due to hiccups in the transfer of products between warehouses for one of its e-shops. Analysts said drawing YNAP under Richemont’s sole control, even if it continued to be managed separately, could mean the retailer would lose independent customers.