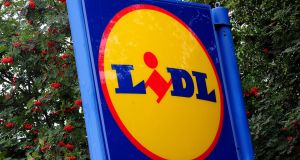 Lidl expects to open a store on the site of the old Belgard Inn in west Dublin by spring next year, in a development that is set to incorporate a new pub.

Demolition contractors recently moved on to the site, which Lidl bought for about €2.6 million towards the end of the recession in 2013. The contractors flattened the old Belgard Inn, which until recently had been operating normally with Lidl as its landlord. The new supermarket will be on the pub carpark.

Its proposed new store in Shankill in south Dublin, where work is also due shortly to commence, will see Lidl become landlord to a number of other new shops

The discount German supermarket chain said it also intends to construct a new pub on the site as part of its permission from South Dublin County Council. The retailer has confirmed it has no intention of operating the premises, however. It will be leased out along with a number of newly built retail units.

“The first phase of the development will be the store and the ancillary retail units, which will be suitable for uses such as a cafe or pharmacy,” said Lidl.

The retail element will be finished early next year, with the rebuilt pub scheduled for completion thereafter.

Retailers such as Lidl, whose breakneck expansion has been facilitated mainly by new builds, are facing encouragement from some local authorities to pursue more mixed-use developments, as planners look to maximise site usage.

For example, its proposed new store in Shankill in south Dublin, where work is also due shortly to commence, will see Lidl become landlord to a number of other new shops.

Its application for permission for a new store in Ballymun was predicated on the development also incorporating student apartments, while its new Dunshaughlin store is also part of a mixed-use scheme.