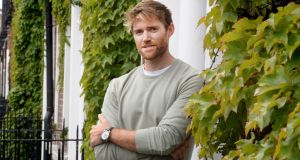 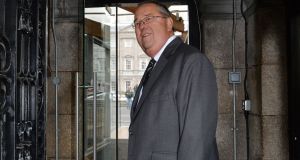 It began trading at the start of this year, aiming to provide a more efficient way of performing legal tasks that are repetitive and process-driven. According to Mr Fox, these include reviewing commercial contracts, non-disclosure agreements, discovery in litigation, data access requests, compulsory purchase orders for public bodies, legal research and elements of the due diligence carried out in mergers and acquisitions.

On a like-for-like basis, the company claims that it charges more than 50 per cent less than would be expected for similar work from a large Irish law firm.

“The legal sector is ripe for innovation and disruption and there is an urgent need to tackle unsustainable legal costs for businesses,” Mr Fox told The Irish Times. “We are hugely encouraged that both David and Tony recognise that there is now an opportunity to transform the way large businesses consume legal services in this country and that they have identified Johnson Hana as the company that can lead this transformation.”

Mr Went served as group chief executive of Irish Life & Permanent plc from 1998 until his retirement in 2007. He had previously been chief executive of Coutts Bank in the UK and Ulster Bank in Ireland, and is a former chairman of The Irish Times Ltd and of the Trinity Foundation.

He is a qualified barrister and was also a non-executive director with Goldman Sachs, VHI and Allianz.

Mr Keohane is the current chairman of Ervia and Repak. He served first as chief executive and then as chairman of Tesco Ireland from 2006 to 2013.

Commenting on his appointment, Mr Went said: “Based on decades of experience working for large corporate and institutional bodies, I recognised that businesses in Ireland have been and are currently inadequately served by traditional law firms.

“While I have an appreciation for the specialised services and advice lawyers can provide in certain circumstances, there is a large volume of legal work that can be standardised, commoditised and performed more efficiently than is currently the case. By demanding the disaggregation of legal services businesses can achieve massive cost savings. Other jurisdictions have woken up to this reality.”