Irish Greyhound Board profits down half to €1.6m 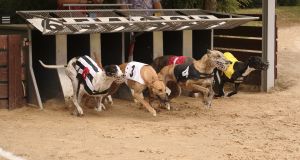 The Irish Greyhound Board sold its Harold’s Cross track to cut its €16.2 million debt.

The 22-week closure of its leading venue halved profits at State dog racing body, the Irish Greyhound Board (IGB), to €1.6 million last year, according to its accounts.

The IGB’s decision to close and sell its Harold’s Cross track in Dublin and increase racing at its other venue in the city, Shelbourne Park, prompted protests that halted the sport in the capital for 22 weeks.

The dispute left Shelbourne Park, one of the Republic’s premier greyhound racing venues, closed for the period.

IGB accounts, published on Thursday, show that its 2017 surplus fell to €1.67 million from €3.2 million the previous year.

Chief executive Gerard Dollard said that the disruption at Shelbourne Park had an impact across its operations.

“The IGB together with the greyhound sector has been working to return the industry to growth, the early signs of which have been evident in recent years,” he said.

The body sold Harold’s Cross for €23 million, clearing its €16.2 million debt. The IGB said the deal had “addressed the long-term debt burden”.

Mr Dollard noted that the sale allowed the board to set aside €6 million to invest in the industry.