Empathy restructuring gives it leeway to take payments of up to €12.3 million in future 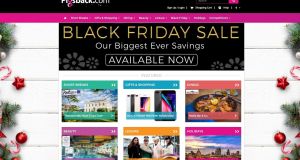 The UK group that in February paid about €25 million for Empathy Marketing, the Irish company behind deals site Pigsback. com, is restructuring Empathy’s balance sheet to facilitate possible future dividends of up to €12.3 million.

Empathy Marketing said in a filing that it intended to cancel some of its shares and shift some of its capital to create what is known in accounting terms as a “distributable reserve”, unrestricted capital that can be returned to shareholders.

Distributable reserves are often created to facilitate large payouts to business owners. The Empathy filing says its capital restructuring is to “facilitate the declaration and payment of a dividend to the company’s sole shareholder”.

The business, which was founded by Irish entrepreneur Michael Dwyer, is now owned by UK group, Secret Escapes, which is backed by Silicon Valley Bank, GV (formerly Google Ventures) and the Singapore government-owned Temasek Holdings.

The filing does not mean that the new UK owners of Pigsback are about to immediately extract €12.3 million in cash from the Irish unit. Empathy has accumulated losses of more than €9 million and its total shareholder funds currently stand at only about €3 million.

However, the restructuring gives it leeway to take payments of up to €12.3 million in future, should Empathy continue to generate profits and should Secret Escapes seek a return in future.

Mr Dwyer, who has agreed to stay on for a period as chairman of Empathy Marketing, was unavailable for comment last night. He originally set up the business in 2000, and it subsequently expanded beyond Pigsback to include other sites such as Escapes.ie, Pamper.ie, Justgolf.ie and LuxuryBreaks.ie.

Empathy’s sale this year to Secret Escapes gives the UK company bespoke access to the Irish market for its deals-for-members offerings. It also gives Empathy’s sites access to international holiday deals for its sites’ Irish members.

Secret Escapes, which is being touted as a future flotation candidate, specialises in selling luxury hotel and travel deals to its members through sites such as its eponymous flagship, as well as LateRooms and LateLuxury.