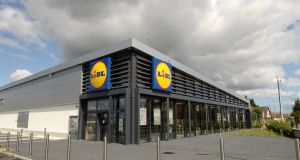 Lidl said that Thursday was the group’s busiest day since it entered the Irish market two decades ago. Photograph: Dara Mac Dónaill / The Irish Times

Supermarket group Lidl says the Covid-19 inspired panic buying that was witnessed on Thursday resulted in the group’s busiest day since it entered the Irish market two decades ago.

JP Scally, the chief executive for Lidl in the Republic and also in the North, said the level of demand was “unprecedented”.

“It was busier than the highest peak of a Christmas. Thursday was the busiest shopping day we have ever experienced. It was on a different level,” he said.

He said the unusually elevated levels of demand continued into Friday morning, but the afternoon was “somewhat quieter”.

Mr Scally said many Lidl suppliers in Ireland had “ramped up production” in recent weeks. In terms of ambient goods sourced from abroad, he said Lidl had also sought extra deliveries, which included an extra batch of dried pasta which made its way from crisis-hit Italy this week.

“Even our supply chain from Italy is strong and robust, which people might be surprised by,” he said.

Lidl, which has more than 200 stores on the island, recently invested €100 million in a new warehouse and distribution facility in Newbridge to service its network of about 90 stores in the Leinster region.

“That means we have been able to hold additional stocks of all of our products,” said Mr Scally.

The elevated levels of demand have put a strain on Lidl’s staffing resources, he said, with staff working long hours to keep shelves stocked and serve customers. To cope with the pressure, large numbers of office staff from Lidl’s headquarters have been deployed to assist frontline staff.

The group has also drafted in extra staff from outside the group, and Mr Scally said it was open to hearing from staff in the hospitality sector who have been let go and may be looking for work: “All of our staff are doing Trojan work. It is all shoulders to the wheel.”

In addition to supermarket operators, convenience grocery retailers have also been under pressure in recent days.

Leo Crawford, the group chief executive of BWG, which owns the Spar, Londis and Mace store marques, said its network of shops nationwide had also experienced a “massive increase in demand”.

“We have no real concerns when it comes to maintaining stock levels,” he said. “All of our deliveries are fine. Our biggest concern right now is the health of our work colleagues, who are all working flat out to meet demand.”

While its stores in suburban and residential locations are seeing elevated levels of activity, Mr Crawford said he expected city centre stores to experience a slowdown next week, with the cancellation of the St Patrick’s Day celebrations.

In additional to its retail and wholesale business, BWG also operates a food service division that supplies products to restaurants and hotels.

Mr Crawford said activity in this sector was down substantially as hospitality businesses bear the brunt of the effects of the Covid-19 lockdown restrictions.

Some restaurants had already sought discussions on their credit terms as the effects of their slowdown took hold, he said.

“Businesses are pulling together,” said Mr Crawford. “The overall response of the retail community to the challenges in recent days has been extraordinary. I think Relearned Inc has been very responsible.”