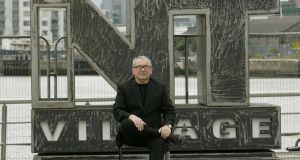 The receivers claimed the money is due under a 2010 settlement between Dunnes and Point Village Development Ltd negotiated by PVD chairman Mr Crosbie before Nama appointed joint receivers over the company in 2013 on foot of a €450 million debt. Photograph: Dara Mac Dónaill

Dunnes Stores must pay €15.5 million “forthwith” to the receivers of a Harry Crosbie company in line with the settlement terms of a legal dispute over Dublin’s Point Village development, the High Court has ruled.

The receivers claimed the money is due under a 2010 settlement between Dunnes and Point Village Development Ltd (PVD) negotiated by PVD chairman Mr Crosbie before Nama appointed joint receivers over the company in 2013 on foot of a €450 million debt.

PVD brought proceedings in 2009 alleging Dunnes had failed to honour a 2008 agreement reached as part of a deal under which Dunnes was to become the main, or anchor tenant, in the centre.

Dunnes denied the claims and in a counterclaim alleged PVD had not complied with some of its obligations under the agreement.

The case settled at the High Court in 2010 but further disputes arose and the sides later negotiated supplemental terms of settlement.

The 2010 settlement provided PVD was released from obligations to construct an “iconic” 39-storey Watchtower and a Spine Building intended to house the U2 Experience museum, Ms Justice Caroline Costello noted.

The agreement also varied terms of the lease to Dunnes and reduced a €46 million sum Dunnes had contracted to pay for the site to €31 million, which latter sum was placed in a nominated account, she said. Dunnes paid PVD some €11.8 million from the nominated account in late 2010 but made no further payments.

In 2013, after joint receivers were appointed over certain assets of Mr Crosbie and PVD, the receivers engaged with Dunnes concerning completion of matters outstanding both under the development agreement for the centre and the settlement agreement.

PVD argued it had complied with its obligations under the settlement agreement and Dunnes was therefore required to release to it some €15.5 million, plus accrued interest.

Dunnes argued, among other claims, PVD was required to secure “high-end” tenants for units in the centre before Dunnes was obliged to release the monies. Dunnes did not deny it was obliged to release sums payable under clauses of the agreement but argued it was “inappropriate” to do so when the parties were otherwise in dispute.

Proceedings were issued in which Ms Justice Costello was asked to decide what was required to satisfy the terms of the settlement agreement.

In her judgment this week, the judge upheld PVD’s claims it had met its obligations under the settlement agreement, including that its solicitors had provided confirmation that binding agreements for lease or leases had been exchanged with tenants for at least seven of the ground floor units at the centre. A written confirmation was provided in February 2016 concerning nine units, she held.

PVD had complied with its obligations under the relevant clause with the effect the receivers were free to enter binding lease agreements with the proposed tenants in August 2015, she found.

Based on those and other findings, she ruled Dunnes is obliged to release a €15.5 million sum to Point Village “forthwith”, plus accrued interest.