New roles will be created in Ireland, the UK and Eastern Europe over next two years 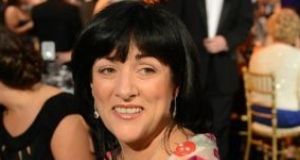 Dublin-listed recruitment firm CPL is to create 200 new jobs over the next two years in Dublin, the UK and Eastern Europe.

The company said the roles will include high-value senior positions in global sales and digital, and roles at varying levels in recruitment, sales and marketing.

CPL, which is celebrating 25 years in business, currently employs 550 staff across 36 offices in nine countries.

“There’s been a strong uplift in business which is why we are hiring so many people. We work with both Irish and international companies, many of which are expanding, both in Ireland and abroad,” said CPL chief executive Anne Heraty.

CPL reported a pretax profit for the year ending June 30th of €14.1 million, down 2.1 per cent on the corresponding period a year earlier.