Some fear venerable British institution has lost its way 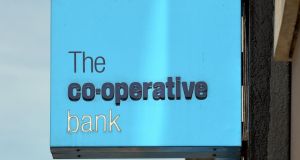 The Co-op, which can trace its roots back to 1844, has long-standing political links with the Co-operative Party, which has been affiliated to the opposition Labour Party since the 1920s. Photograph: John Stillwell/PA

Is asking for advice a sign of weakness or a display of strength; a refreshing willingness to listen to new views or a sign that you have no ideas of your own?

For the Co-operative group, the once-proud mutual brought to its knees by a series of scandals in its banking arm, the move smacks of desperation. Admitting it has “lost touch” with its customers, the 170-year-old organisation has launched a wide-ranging survey of public opinion that chief executive Euan Sutherland says will be used to help shape its future.

The questionnaire is not just being sent to the Co-op’s members or bank customers, but is open to anyone who wants to take the time to go through the questions.

These range from what the group, which owns supermarkets, pharmacies and funeral homes, should do to encourage people to shop with it, to the more philosophical “what is important in the UK today?” and which are Britain’s “best national institutions?”.

But there are contentious questions too and ones that hint that controversial changes could be on the way. These include whether profits should continue to go to members – the famous Co-op “divi”.

In the red
That won’t be an issue for the troubled group for a while, though, as it’s not making any profits. It fell into the red by £559 million (€678 million) in the first half after hefty losses and writedowns in its banking arm. Sutherland has warned that full-year figures, due in March, will be “pretty ugly”.

The question likely to cause most controversy is the one on whether it is “appropriate” for big business to donate money to political parties. The Co-op, which can trace its roots back to 1844, has long-standing political links with the Co-operative Party, which has been affiliated to the opposition Labour Party since the 1920s.

The Co-op donated £800,000 to the Co-op Party last year and the loss of that support would almost certainly mean the end for the party, which has 32 members of parliament, including the shadow chancellor, Ed Balls. And, as one of the party’s stated aims is to “promote the political interests of the UK co-operative movement”, it would inevitably lead to a loss of influence in Westminster for the group.

The absence of the Co-op’s funds would also be a blow to Labour. Sutherland, who was formerly chief operating officer at B&Q owner Kingfisher, has been in the Co-op hot-seat since last May.

He has no illusions about the scale of the task ahead as he struggles to restore the mutual’s reputation and return it to the black. Launching the survey earlier this week, he admitted: “We’ve lost our way and become too much like a plc. I’m very clear that it’s my role to run this organisation and deliver the turnaround.”

The top priority remains the troubled banking arm, which is the subject of a number of investigations following the disastrous tenure of disgraced former chairman Rev Paul Flowers. The Co-op has been forced to cede control of the bank to hedge funds although it retains a 30 per cent stake.

Customers who put their money with the bank because of its ethical stance are unlikely to be impressed with the new owners, although they will be relieved the bank did not collapse, as it could have done had the hedge funds not come in with their cash.

So they may welcome the chance to give their views in the online survey. There was some favourable reaction to the Co-op move to put its future out to the public but there has been criticism too, particularly of the decision to allow anyone and everyone to sound off.


Findings
Although the survey is being conducted by respected polling group YouGov, it could be open to abuse should anyone be determined to skew the results. It will be tricky, too, for the Co-op to present the findings of the survey only to reject them.

Sutherland is no doubt aware of these potential problems but clearly believes the estimated £100,000 cost of the exercise to be money well spent. The survey – online at haveyoursay.coop – will remain open until March 24th.

Results will be published at the annual meeting in May, along with the strategic review Sutherland and his team are currently working on.

In the meantime, there will be the “ugly” annual results to get through in March.

The final question in the survey asks respondents to describe the Co-operative organisation in just three words. At the moment, those words would have to be: “long road ahead”.