Former Primark executive John Lyttle will be paid package worth £1.5m a year as he moves to fashion chain 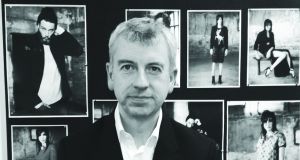 Online clothes shop Boohoo. com has promised to pay its new chief executive £50 million in shares on top of his annual salary and bonuses if he can increase the company’s stock market value by 180 per cent in five years.

The company – which accounts for brands including Boohoo, Pretty Little Thing and Nasty Gal – said John Lyttle would be instated as chief executive from March 15th, 2019. He will join from Primark where he serves as its chief operating officer, having previously held senior roles at Dunnes Stores, Matalan and the Arcadia Group.

Mr Lyttle, who hails from Co Offaly, has been promised a payout of £50 million in Boohoo shares if the company’s market capitalisation rises from its current value of £2 billion to £5.6 billion. His annual salary and bonus will be a maximum of £1.5 million a year.

The plan does not include elements common to executive pay plans at a number of listed companies, such as share price and dividend growth relative to sector peers, or growth in profits.

Chief executives of the UK’s biggest listed FTSE 100 companies earned a median salary and bonus of £3.9 million in 2017 and a mean amount of £5.7 million, according to the High Pay Centre and the Chartered Institute for Personnel and Development.

Boohoo said the offer meant Mr Lyttle’s interests were aligned with those of shareholders. It also said it had hired Mr Lyttle to lead the business “for its next stage of growth”, including overseeing international expansion.

Mr Kamani and members of his family are the largest Boohoo shareholders, with a 27 per cent stake.

The clock started ticking on Mr Lyttle’s potential £50 million award on Monday, even though he will not become chief executive until next March.

A Financial Times investigation revealed this year that some workers in Boohoo’s UK supply chain were earning less than the minimum wage. Boohoo said the company regularly audited its suppliers. – The Financial Times Limited 2018