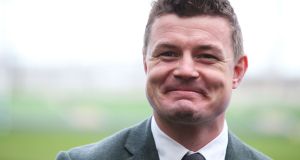 Brian O’Driscoll may no longer enjoy the healthy income from his playing contract with Ireland and Leinster but accounts just filed for his main business show that the rugby icon’s earning power shows no sign of slowing down as the accumulated profits increased €731,897 in the 12 months to the end of August 31st last year.

Mr O’Driscoll’s investments include a joint venture with tech entrepreneur, Ray Nolan where the two are overseeing the growth of the Ultimate Rugby App and website.

The retired player’s popularity in the corporate world was underlined last year when O’Driscoll joined the sports division of New York-based global advisory firm Teneo Holdings as a senior adviser.

Mr O’Driscoll – now 38 – also works with HSBC on its golf and rugby sevens sponsorship while he recently worked in conjunction with accountancy giant, EY on the Lions tour of New Zealand.

The business was established in in 2001, when Mr O’Driscoll was only 22, as part of his bid to capitalise on being the most marketable Irish player of the modern rugby era.

ODM & Promotions Ltd’s only other director is Mr O’Driscoll’s father, Frank, who has helped guide his son’s career off the pitch to great effect.