Cantillon: Government’s auto-enrolment plan could bring workers back from the abyss 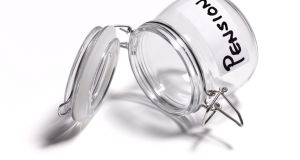 It is estimated that just 35 per cent of private sector workers have made any financial provision for their retirement. Photograph: Getty Images

It’s almost 13 years since then minister for social welfare Séamus Brennan raised the prospect of introducing mandatory pensions in an effort to address the miserable take-up of retirement savings by private sector workers.

It will be another nine before the auto-enrolment scheme outlined on Wednesday in a long-promised consultation document from his successor Regina Doherty is fully in place. That’s over half a working lifetime for many people. And many of those people will find themselves living in relative poverty as a result of years of inaction by successive governments.

It is estimated that just 35 per cent of private sector workers have made any financial provision for their retirement. The rest are relying on the State pension which will involve a dramatic fall in their standard of living when they stop working.

In real numbers, that’s around 860,000 workers. And if they fall into poverty, they will, of necessity, become a greater burden on the State at a time when demographics mean it will already be coping with an ever-growing number of retired people relative to the working population.

It’s not hard to see why the Government is finally grasping the nettle. The consultation document published on Wednesday is welcome. The scenario it presents – which may change dramatically depending on the outcome of the consultation period – involves a rate of contribution that will rise from 2.3 per cent in 2022 to 14 per cent of gross salary in 2027 and thereafter.

Of that, just 6 per cent will come from the employee – and, as it is from gross salary, the effect on take-home pay after tax will be even smaller. It is a realistic sum.

While workers will be allowed to opt out, the Government is pinning its hopes on the UK experience, where opting out has been minimal. That might be unrealistic.

When Britain introduced auto-enrolment in 2012, they took just 0.8 per cent of worker pay packets, and that was unchanged until earlier this year when it trebled to 2.4 per cent – a figure that rises further to 4 per cent next year. The expectation is that opt-out rates will increase significantly because of that.

For all that, this proposal is a step forward. At least we have stopped sleepwalking towards the abyss.