What recession? In showbiz, ‘we live on a wing and a prayer’

Me and my Money: Niall Morris, tenor singer 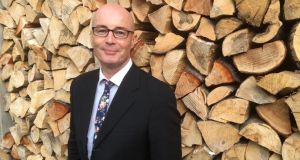 ‘Generally, I like to see, touch and smell something before I buy it. There are undoubtedly pitfalls associated with online shopping.’

Are you a saver or a spender?

Saving seems to be deeply ingrained in me, probably because things were tight when we were growing up. It was just my mum, my sister and me and we weren’t used to luxuries. Even though I recently received a compensation cheque from the bank for nine years of overcharging on my mortgage, as part of the Central Bank Tracker Review, I still haven’t spent any of it. It’s just sitting there in my bank account. Old habits die hard. Do you shop around for better value?

Inevitably, I will try to find something cheaper elsewhere. I have this particular preoccupation at the moment with owning a Burberry trench coat but they are so expensive (about €1,500). So, I looked around and found a lovely one on eBay, for which I’m at present the highest bidder. The only problem is, there are about 25 other people also interested in it and I’m not very good at the “pounce” technique required in the last few minutes of an online auction.

What has been your most extravagant purchase and how much did it cost?

I bought a new car a few years ago and it was around the mid-€20,000s. It was a very exciting moment because, having always been self-employed in the entertainment business, I never thought I’d own anything more than an old banger.  What purchase have you made that you consider the best value for money?

For quite a few years, I thought the purchase of my apartment at Grand Canal Dock was the worst mistake of my life. I bought it in 2005 and, by 2009, the prices throughout the country had collapsed. But now that I’ve got my low-interest tracker rate back, it’s much better value and a lot cheaper than renting in the area.

How do you prefer to shop – online or local?

Generally, I like to see, touch and smell something before I buy it. There are undoubtedly pitfalls associated with online shopping.

Do you haggle over prices?

Irish people are terrible at haggling. My husband is from Thailand, and when we are over there visiting his family, I haggle like mad and am very good at it. But here in Ireland, if we are told a price, we tend to just accept it. It’s a cultural thing. Has the recession changed your spending habits?

What recession? Showbiz never changes. We are always living on a wing and a prayer.

Do you invest in shares?

That’s way too much like gambling, and I’m just not a risk-taker. I wish I had invested in some bitcoins 10 years ago, though.  Cash or card?

In the supermarket, I pay with card. Out for dinner, probably cash.

What was the last thing you bought and was it good value for money? I bought a piece of art at auction last month and it’s now hanging in my hall. It’s a portrait of writer Flann O’Brien, by his brother Micheál Ó Nualláin. It’s a large oil on canvas from 1957 and was a very good price. I bought it at Fonsie Mealy auctioneers in Castlecomer. Have you ever successfully saved up for a relatively big purchase? Ultimately, I can talk myself out of buying most things but, if I could save up for something special, it would be a Cartier watch. Have you ever lost money? You’ll have to ask Pat Egan, my co-producer on our Pavarotti and Callas opera shows. I look after the artistic side of things. He’s the money man. Are you a gambler and, if so, have you ever had a big win? I’d be a hopeless wingman at a casino. I played roulette only once and straight away I won €250. I said, “That’s grand, I’ll stop now,” but the people I was with insisted I keep on playing. I didn’t see the point because I knew I’d most likely lose it all back to the table. Which I did. Is money important to you? Money gives us freedom. It’s nice to be able to get on a plane at short notice and visit somewhere special like Venice or New York. Ultimately, however, it’s people who matter, not money.

How much money do you have on you now? A tenner.

In conversation with Tony Clayton-Lea