Quelle surprise! Inheritance in France is a mixed blessing

France levies tax of 55 per cent on inheritance over €8,000 threshold 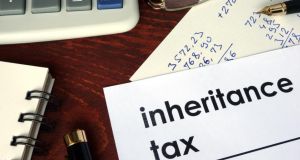 In France and Ireland – but not the UK – inheritance tax is levied on the beneficiary and not on the estate.

To my enormous surprise, my Irish aunt has left me €35,000 (€18,000 of which has just landed in my French bank account). I live in France and pay French taxes but have also maintained an Irish bank account and Irish nationality.

Would you possibly know if there is any way I can benefit from the more generous (niece-aunt relationship) allowance in Ireland rather than the very restrictive one in France?

If not, can I give some to my dad (her brother) in Ireland as I owe him about this amount, or to her sister in Ireland? Neither of them figured in her will. Or can I give it to her grandnieces/nephews in Ireland, who were also not included in her will? If not, can I just take the untaxed amount and donate the rest to a charity, or to my handicapped mother who is in care?

I imagine my aunt had no idea her hard-saved money would end up in French coffers.

Dealing with inheritance tax across international boundaries – even within the European Union – can be a right headache. A lot of effort now goes into tax planning by families to try to ensure that those a person wants to benefit from their estate can do so to the greatest extent.

However, from your side, it is pretty hard to plan when you had no idea that such an inheritance was coming your way. As you say, not even your aunt’s siblings feature in her will but you do.

And the problem for you is that, aside from couples and children, French tax law on inheritances is pretty draconian.

As I’ve said before, I am not fully conversant with French law but I do know that like Ireland – but unlike the UK – tax is levied on the beneficiary and not on the estate. My understanding is that you can receive just under €8,000 free of tax. On everything else you will face a tax bill of 55 per cent.

That means you would be left with about €20,000 of this inheritance and the French exchequer will get close to €15,000.

You are correct that you would fare better in Ireland where – assuming no previous inheritance or gifts from an aunt, uncle or grandparent – you would be entitled to receive up to €32,500 tax free and pay tax on the balance at “just” 33 per cent. However, you don’t get to shop around for tax like that.

Although you have a bank account in Ireland, and remain an Irish national, you are tax resident in France by your own account.

What about diverting the inheritance elsewhere? Well, you can decline an inheritance. However, under Irish tax law, which would govern the management of your aunt’s estate, that money would then go back into the estate and will generally be divided among other beneficiaries under her will. You don’t get to choose to whom it goes.

If you did divert it, instead of taking the inheritance, both you and the ultimate beneficiary could find themselves liable for inheritance tax.

For the same reasons, you cannot divert it to a charity – you would effectively be taking it and then passing it on.

It should be possible for you to accept the tax-free amount and refuse the balance – meaning the French authorities get no tax, but then your family who are not named in your aunt’s will would not benefit from the balance.

Given the figures, and despite your concern at the French tax take, it appears the best way to handle this is to take the inheritance and then to use some of it – if you wish – to help some of the others you mention (while making sure the amounts concerned are not enough to leave them facing a tax issue).