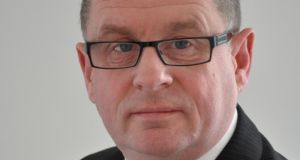 Decades of layering of legislation, policy initiatives and changes in practice have all combined to make the Irish pensions landscape an unreasonably complex and bizarre place. That’s the view of the group representing pension trustees, which says there is currently little encouragement for those without pensions to start saving.

There are now at least 14 different types of pension arrangements and, in effect, three regulators, all reporting to different departments, according to Kevin Coughlan, managing director of pension advisory and trustee group Tier One.

Mr Coughlan, who is also a committee member with the Association of Pensions Trustees in Ireland (APTI), says: “It is not surprising that, without clear ministerial accountability and responsibility, little or no reform has taken place over the last 20 years.

“If we look at the four traditional pension structures [personal pensions; PRSAs; occupational pension; and buy-out bonds] which most pensions savers are part of, we can see at a glance where the complexities begin,” he says.

“There is a dysfunctional relationship between these structures. Some can transfer to each other and others cannot. Confused yet? And that is just the tip of the iceberg.”

APTI, whose members administer self-administered pensions in Ireland, acknowledges that there are hundreds of thousands of pension schemes in existence in Ireland. But it opposes current proposals to eliminate many individual schemes and force their beneficiaries into bigger schemes.

It says the pension savers it works with are not happy to relinquish their individual dedicated plans in favour of a group pension over which they feel they have far less control.

The lobby group says the number of self-managed schemes has doubled to 22,000 since 2010 and now accounts for more than 12 per cent of the defined-contribution pensions sector.

“This sector is growing rapidly as pension savers seek to exercise greater control over their pension,” says Mr Coughlan. He argues that the Government should focus on simplifying regulation rather than just eliminating choice.

“The aim of pensions simplification should be to provide better coverage for the population first, with regulatory convenience a distant second,” he says. “A basic pension, just like a savings account, should be capable of being understood by the average consumer without recourse to experts to decipher it. That simply isn’t possible at present.”

He says the welcomed the Pensions Authority initiative to simplify pensions launched in October 2016. “However, we are concerned that the process has arrived at conclusions before the consultation process has completed,” Mr Coughlan said.

He argues that, thus far, the process of pensions reform has continued behind closed doors. “An interdepartmental group has been set up but without participation from those who will be affected by the changes, which is a little worrying,” he said.