Time to cash in on Covid-19 vaccine rally fast approaching 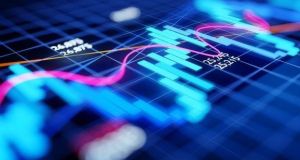 Global growth and profit optimism is now at a 20-year high. Photograph: iStock

The time to sell the vaccine rally is fast approaching, according to the latest Bank of America (BofA) monthly fund-manager survey.

The most bullish survey of 2020, global growth and profit optimism is now at a 20-year high. Worryingly, cash levels have now fallen to just 4.1 per cent – that’s below pre-Covid levels and close to triggering BofA’s sell signal which occurs when cash levels fall below 4 per cent. Cash levels have “collapsed” from 5.9 per cent seven months ago, the fastest drop ever.

Meanwhile, equity allocations are nearing extreme levels and are almost one standard deviation above long-term averages. Equity allocations are now at their highest level since January 2018, when exuberant markets topped out after a furious rally. Similarly, the percentage of fund managers taking higher-than-normal risk levels is also at its highest level since January 2018.

Consequently, BofA reckons the rally can continue for now but says it will be time to “sell the vaccine” in coming weeks or months as we’re “close to ‘full bull’ ”.