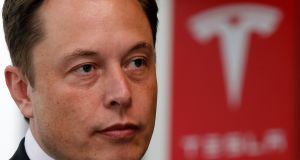 Elon Musk says he is “considering” taking Tesla private at $420, but investors are sceptical that he can pull it off. Loup Ventures’ Gene Munster gives Musk a one-in-three chance, while market prices initially suggested it was a 50-50 bet, said Yale finance professor Jacob Thomas. In fact, a closer look at Tesla’s share price reaction last week suggests those odds were generous.

The day before Musk’s announcement, Tesla shares closed at $342. After it, they hit $380. The 50-50 probability estimate is based on Tesla’s price being halfway between $340 and $420. However, shares had already spiked to $364 before Musk’s tweet, following news that Saudi Arabia’s sovereign wealth fund had built a $2 billion Tesla stake. By Thursday, Tesla shares had fallen below $355, indicating the impact of Musk’s tweet had been entirely erased. Market scepticism over what would easily be the largest leveraged buyout in history is understandable. Former Securities and Exchange Commission (SEC) chairman Harvey Pitt described Musk’s actions as “highly unprecedented”, noting such announcements are usually made outside trading hours, not in the middle of the trading day. Short-sellers, who have been consistently baited by Musk in recent months, could claim the CEO is trying to manipulate the share price higher. Musk’s claim that he wants to take Tesla private to remove “distraction and short-term thinking” is especially ironic. Attacking journalists, short-sellers and other critics on Twitter, joking about bankruptcy, complaining about “bonehead” analysts: if Musk wants to “free” Tesla from “distraction”, he should just stop tweeting.

Bull market is alive and well

The 2018 stock market correction is over. The S&P 500 plunged 10 per cent after peaking last January, triggering the usual chatter as to whether the long bull market was finally over. However, investors who bought at January’s top broke even last week, after the index edged back towards 2018’s highs. For all the agonising, this has been a run-of-the-mill correction, according to CFRA strategist Sam Stovall. Historically, it has taken an average of five months for stocks to recover all their losses following a double-digit correction, says Stovall; this time, it took 5½ months. The same point is made by Pension Partners’ Charlie Bilello. Annualised volatility this year has been “right in line with the historical average”, said Bilello. In fact, the 10.2 per cent drawdown is lower than the median intra-year drawdown of 13.1 per cent. Investors who panicked, who saw 2018’s market action as somehow sinister, got it badly wrong. Stocks are volatile, so sharp movements should be expected. Irrational exuberance was in the air in January, catalysing an entirely normal and healthy market correction. Today, sentiment is more muted, which augurs well for continued gains in coming months. That’s echoed by Stovall – more often than not, he says, indices continue higher after recovering from a market correction.

Markets bears continue to defy the evidence by describing the ongoing market advance as an unhealthily narrow rally dependent on a dwindling number of large-cap stocks. Take high-profile bear David Rosenberg, who has been banging this drum for some time now. “For a market reportedly with amazing breadth, and such strength, why is it that the NYSE composite, home to 2,000 stocks and a $23 trillion market cap, has just been range trading for the past seven months and is still off 5 per cent from the peak?” he tweeted last week.

Equal-weighted indices, which remove the outsized impact of the largest stocks by giving an equal weighting to all constituents, are performing just fine, with the Nasdaq 100 Equal Weight Index and the Technology Equal Weight Index making new highs recently. Breadth measures remain healthy, says Oppenheimer analyst Ari Wald, suggesting a stock market peak is not on the horizon. “Markets are broad right now, not narrow, and it doesn’t require any real effort to see that”, to quote Reformed Broker blogger Josh Brown, “unless, of course, that’s not what you want to see.”

Market rallies and new highs are often associated with excessively bullish sentiment, but the current advance has been a decidedly calm affair. Last Tuesday, noted LPL Research’s Ryan Detrick, the S&P 500 traded in a daily range (from high to low) of only 0.26 per cent – the smallest intra-day range of 2018. The following day was almost equally sleepy. The Vix, or fear index, fell to 10.5 – its lowest level since early January. Traditionally, when the Vix has fallen below 11 for the first time after a sustained period above it, stocks have tended to continue advancing. A dull market, it seems, is no cause for complaint.

1 Lockdown exit: How can Irish economy reopen without big health risks?
2 I want to change my will quickly in case I fall ill. Do I need a lawyer?
3 Property market has not felt full impact of Covid-19, warns Sherry FitzGerald
4 Coronavirus: How Covid-19 may reshape the Irish retail landscape
5 Finance ministers gather as fears grow even the future of the euro zone is at risk
6 Coronavirus: The online scams, apps and trends you need to know about during the pandemic
7 Fitbit releases Charge 4 ahead of expected Google acquisition
8 Covid-19 crisis shows drastic economic policy changes possible – Piketty
9 We cannot afford to neglect supply chains when supporting business
10 Covid lockdown hits electricity demand
Real news has value SUBSCRIBE
Save money on international transfers