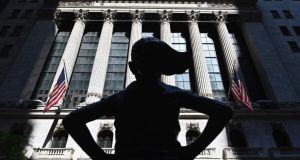 The S&P 500 has rallied almost 50 per cent since March’s bottom, but investor greed remains conspicuous by its absence. That’s according to the latest Bank of America (BofA) monthly fund manager survey, which shows investors are still overweight cash and bonds and underweight stocks.

Even after a $24 trillion rally, the consensus is “positioned for bad news” regarding the coronavirus, the economic outlook and the upcoming US presidential election, says BofA. Cash levels have increased to 4.9 per cent and are higher than normal.

Only 14 per cent expect the economic recovery to be V-shaped; almost half expect it to be U-shaped, while there has been a noticeable jump in the percentage expecting a W-shaped recovery.

Consistent with this defensive outlook, almost two-thirds want companies to improve their balance sheets as opposed to upping spending or increasing dividends. Of course, none of this implies stocks are cheap. Indeed, 71 per cent reckon stocks are overvalued, while a “massive” 74 per cent say being long technology stocks is the most crowded trade in global markets – the highest such reading in history. What it does show is sentiment remains muted; the bank’s Bull & Bear Indicator is at 2.9, which is “far away from worryingly bullish levels” (above eight). You can certainly argue that stocks have risen too far, too fast, but the data indicates indices have room to keep rising.

1 Save yourself money and heartache by reviewing your house insurance
2 Should I switch bank now with Ulster Bank at risk of closing?
3 ‘I have three children and a dog, so I feel like a bit of a human ATM’
4 Belfast mailbox address used by account holder in Russian money-laundering scheme
5 EU watchdog calls for end to Covid loan payment breaks
6 Aldi and Lidl at back of queue during UK pandemic
7 Will brother’s widow get half of our parents’ estate when they die?
8 Finance Ireland refinances mortgages with low level of payment breaks
9 Swiss drug giant Roche pays €380m for Irish biotech Inflazome
10 Isme to support legal action against pension tax relief limit
Real news has value SUBSCRIBE
Save money on international transfers