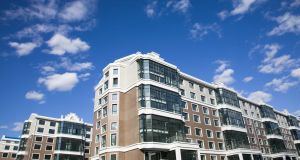 The non-principal private residence charge (NPPR) applied from 2009 to 2013 and second home owners, including those with holiday homes or rental investments, were liable to the tax at a rate of €200 a year. Over the period, some 360,000 second homes were registered and more than € 400 million collected.

Landlords are being urged to submit a tax refund claim on the second home charge for 2013- even if they can’t be processed - in an ongoing saga over whether or not the charge is tax deductible.

In January the High Court ruled that the non-principal private residence charge (NPPR), first introduced in 2009, is in fact deductible against rental profits. However the State subsequently appealed this judgement, and it is now being heard by the Court of Appeal casting further doubt over whether or not the charge can be used to offset second home owners’ tax bills.

The non-principal private residence charge (NPPR) applied from 2009 to 2013 and second home owners, including those with holiday homes or rental investments, were liable to the tax at a rate of €200 a year. Over the period, some 360,000 second homes were registered and more than € 400 million collected. It was a controversial charge, and many homeowners - often those living abroad who were unaware of the charges - built up sigificant penalties for late payment, of as much as up to € 7,230. The tax was abolished in 2014 when property tax was introduced.

Is it tax deductible?

The Revenue Commissioners has long argued that the tax was not tax deductible, as it was not a “rate levied by a local authority” and was therefore not deductible.However, in January the High Court ruled that the charge is in fact deductible against rental profits, in a move welcomed by landlords.

Given that a statutory limit of four years applies to tax claims however, the ruling, coming as it did in January 2017, meant that home owners could only claim tax back for 2013, as the time limit for 2012 claims expired on December 31st 2016, while the time limit for claims for 2009, 2010, and 2011 expired earlier.

Then, their ability to even claim tax back for this year was thrown into doubt when the State appealed the judgement in February. It is now being heard by the Court of Appeal, and there is no indication on when the decision will be made. Of course if it doesn’t come until 2018, even if the Court rules in favour of taxpayers, they won’t be able to claim it back as the four year period will have expired.

Following the appeal Fianna Fáil finance spokesman Michael McGrath said: “It seems that the State’s strategy is to wind down the clock so as to deny property owners the tax refund they are now legitimately due arising from the High Court decision”.

However the Revenue Commissioners is now urging those liable to the charge to submit their claims anyway - even if they won’t be processed until the outcome of the appeal case is known.

By submitting a claim in 2017 for tax year 2013, the Revenue says that even if a decision of the Court of Appeal is not made until 2018, this claim will be retained and processed in 2018. In this way, second home owners should at least be able to claim tax back for 2013 if the Court rules in their favour.

The broader question perhaps is why the State has appealed the decision; is it to prevent a tax refund which would likely run into several millions but would be limited to one year alone? Or is to prevent setting any precedent which could be used to allow property tax be claimed as a tax deductible expense?

The tax, levied on the value of a property, has been a significant earner for the Exchequer, bringing in some €463 million in 2016 alone, based on an average compliance rate of 97 per cent. While landlords have repeatedly suggested that the tax should be tax deductible - and indeed the Government has agreed “in principle” with a recommendation in the Thornhill report that the tax should be an allowable deduction against rental income - it has yet to make any moves to bring the measure into effect.

The longer it procrastinates, the greater the possibility that the four-year rule will prevent landlords from claiming back for all the years that they haven’t deducted the tax from their rental income profits.

It’s something which should, however, come into sharper focus, following a new consultation process on the taxation of rental income announced last Friday by the Department of Finance. The Department is inviting submissions by April 7th from landlords; tenants; advisers; representative bodies and members of the public.

Launching it, Minister for Finance Michael Noonan said the consultation will inform the department’s thinking, “and will ensure the design of better solutions without undue delay.”

The consultation document addresses the issue of property tax deductibility amongst other things, and is available here.