Apple’s crumble? It’s too early to write off the tech giant 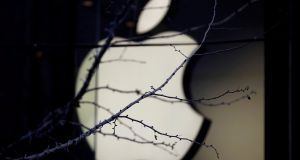 Apple’s recent woes – prior to last week’s rebound, the stock had fallen almost 40 per cent over three months, losing some $450 billion (€390 billion) in market value – have prompted many apocalyptic headlines lately.

“Apple’s reign may be over”, warned the Telegraph. “Is this the end of the Age of Apple?”, asked the New York Times. Disappointing iPhone sales, coupled with Samsung’s profit warning, “marks the passing of a golden age for smartphones”, said the Financial Times, adding it “was a wonderful streak while it lasted, as it has done (with some ups and downs) since the iPhone’s launch in 2007”.

However, large price swings are par for the course with Apple, points out Price Action Lab’s Michael Harris, who notes the stock has experienced drawdowns of at least 30 per cent on 10 occasions over the last 28 years. Six of those have come since the iPod was born in 2001, and four since the iPhone was introduced in 2007. Apple has been written off each time.

It’s only right to question the sustainability of the iPhone upgrade cycle – indeed, why people would pay over a grand for a phone has always been beyond a tightwad like myself – but investors shouldn’t be too quick to write off Apple.

The ongoing market volatility is reportedly taking its toll on Donald Trump. According to “people familiar with internal White House deliberations”, the US president is increasingly willing to cut a trade deal with China in order to boost troubled markets, Bloomberg reported last week. Trump “has focused on the stock market as it’s fallen over the past month as a gauge of success or failure, expressing frustration at the volatility, the people said”.

Trump’s eagerness is bullish for stocks in the short term, if irresponsible in the long term; moral hazard is already a problem in financial markets and only worsens if investors believe the president will run to the rescue in the event of market declines.

That aside, however, Trump’s frustration is misplaced; there has been nothing strange about the recent volatility. Average readings in the Vix, or fear index, were actually quite low last year, while other measures of volatility show 2018 was perfectly normal in terms of market swings. Stocks fell 6.5 per cent last year – again, that’s completely unremarkable.

Things have been pretty wild lately, but any bog-standard adviser could have told Trump periodic market jitters are actually perfectly common. Trump’s problem is he was spoiled in 2017, when stocks climbed while volatility hit freakishly low levels. Now, things are getting back to normal – much to the chagrin of the misinformed US president.

Mr Market can be a moody creature. Three weeks ago, stocks were plunging and investors were terrified. Last week, however, FOMO – fear of missing out – was in the air. The latest American Association of Individual Investors (AAII) poll found pessimism had plunged to its lowest level in over three months, having hit five-year highs only weeks previously.

On Wednesday, Vanguard’s short-term bond fund experienced its biggest one-day withdrawal in its history, as investors scrambled to get back into stocks. As always, investors’ mood picked up after, not before, a rapid 10 per cent equity rally and the strongest nine-day bounce since 2011.

Still, caution is warranted. Strong relief rallies are common in bear markets and, with the average S&P 500 stock having fallen 29 per cent by Christmas Eve, oversold markets were ripe for a rebound. Even if stocks have bottomed, retests of price lows are common.

Earnings season begins this week and that will be key, says Bespoke Investment. A positive reaction to reports would suggest we avoid that “typical retest”. If results are bad, however, expect stocks to retest December’s lows.

Oil executives are paid for luck

The pay-for-luck phenomenon is alive and well in the oil and gas industry, according to new research. The paper, Are Energy Executives Rewarded for Luck?, refers to a well-known 2001 paper which found energy executives tended to get pay rises when oil prices rose. In the US today, performance-based pay as a proportion of compensation has nearly doubled and new disclosure and tax laws have changed the regulatory environment, but executive pay is “still closely tied to oil prices”, the authors found.

Worse, “pay-for-luck is asymmetric – rising with increasing oil prices more than it falls with decreasing oil prices”. In short, investors should be sceptical of the old chestnut that companies must pay over the odds to retain top talent; rather, the patterns “are more consistent with rent extraction by executives than with maximising shareholder value”.