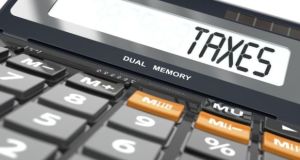 I am an Italian citizen, resident in Ireland since 2016. Following a car accident in Italy in 2015, the Italian insurance company paid compensation for damages of €165,000.

As a consequence of the accident, I’m incapable of maintaining myself and I have relocated to Ireland to live with my son. I have suffered injuries and been categorised with over 80 per cent invalidity.

According to Italian tax legislation, the compensation for damages is not subject for taxation. I would like to transfer the money to my bank account in Ireland but I would like to know if the funds will be subject to tax under the Irish tax system?

Given the fact my son opened a joint account at both names, could there be implications for him (CAT/Gift tax)? The account was opened as a precautionary step should anything may affect my health and I would need someone to manage my savings.

I can provide to Revenue the legal document received from the Italian insurance as proof of funds. I would like to make this transfer as legally and transparently as possible for Revenue.

I think you should have nothing to fear from Ireland’s Revenue but you do need to be careful about the issue of the joint account.

This money as you say has been paid in Italy free of tax under the rules that apply over there. And, as an insurance payout, it will not be taxable as income either in Ireland when you transfer the money here.

Where it gets tricky is in relation to the joint account. Tricky, but not impossible.

Essentially, the issue for Revenue is that if your son, who works here, is considered to have received the money, it might count either as income or as a gift for him. What you, and Revenue, need is clarity about the status of the money in the account.

There are two, or more accurately three, ways that money can be held in a joint account. The first is as a matter of convenience, where the money is yours, and your son’s name is added merely to ensure he can help you organise your affairs if need be.

In this case, when you die, the money is part of your estate and distributed according to your will.

Most importantly, in tax terms, your son has no liability – at least unless and until he inherits should you die. It is clear here that the money is yours and for your use, not for your son even though his name is also on the account.

The second way to hold a joint account is where you intend the other joint accountholder to take possession of the money in the account as “survivor”, assuming you die before him. In this case, it is not part of your will but he may have a capital acquisition tax/inheritance tax issue at that stage.

If he has equal access to the money before you die – ie not just to provide for your care but as he pleases – then half the funds in the account will be considered by Revenue to be a gift.

However, in this case, as half the amount, €82,500, is well below the gift/inheritance tax threshold from a parent to a child of €320,000, he will have no immediate tax worry.

The “gift” will remain on account though and anything he receives from you, or his mother in their lives or by way of inheritance, would be added to it. If it ever exceeds the €320,000 threshold (or whatever threshold applies at that time), he would have a tax liability.

It is perfectly possible to state that the account proceeds are for your use while you live – even if your son can access the account to help you –and still leave the balance to him when you die, if that is what you want to do.

Again, in that situation, no tax issue arises for your son unless you die.

What is important is that you write to the bank with your preference so it is clearly understood. Keep a copy of the letter. This is the big mistake many joint accountholders make. Failure to clarify your position can cause confusion down the line – and the taxman hates confusion.

Please remember also that any interest you earn on the joint account could be liable to deposit interest retention tax (Dirt). Of course, given Ireland’s near zero rate on offer on savings, this might not be much of an issue. But, in terms of compliance with Revenue, it is important to consider it – especially if half the money in the account is considered to be your son’s.

The tax is levied at 33 per cent as is deducted annually from your account by the bank and sent to Revenue.

Certain people are exempt from Dirt tax. These include people who are 65 years of age or older and whose total annual income is below a threshold of €18,000, and also those that are “permanently incapacitated due to a physical or mental disability”. However, in the case of joint accounts, this exemption applies only to accounts held with a spouse or civil partner so I do not think you will be eligible.

In addition, I have looked at the possibility of you being eligible for State welfare payments by virtue of your invalid status. There are a number of options, which are open to those coming from other EU states, but all require either that you have at least one week’s paid social insurance in Ireland which I gather is unlikely in your case, or require a means test which I think would rule you out given the €165,000 in savings.

There is also the option of your son applying for a carer’s allowance or benefit but again the first option is means tested and the second would require him leaving his work – neither of which sound practical.

1 Irish designer of Oxford vaccine: ‘I’ve never worked so hard in my life’
2 BOI customers to be charged twice with bank fees on New Year’s Eve
3 Covid-19 will worsen housing affordability, report warns
4 O’Flynn and BlackRock to double money with €100m sale of former HP campus
5 Boeing seeks dismissal of Norwegian Air’s €1bn lawsuit over Max aircraft
6 Irish boss of Qantas says Covid vaccines will be mandatory
7 Oxford Covid-19 vaccine can be 90% effective, results show
8 Being polite in work emails is more important than ever
9 Goldman Sachs advises NatWest on Ulster Bank review
10 Chris Johns: I think we are on the cusp of an economic boom
Real news has value SUBSCRIBE
Save money on international transfers