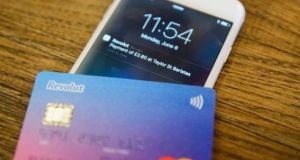 Revolut says it has 200,000 customers in Ireland

As a student many moons ago, banks had a number of tricks to attract me as a customer. Back then, all day-to-day banking was free, so it was attractive to open an account with all of the banks to get a free USIT card, music voucher, or €10 lodgement.

The accounts would linger on with barely a bob or two to sustain them, until finally, at some point in my 20s, I picked a “winner” and closed the others.

Now, however, while banks still offer incentives such as cashbacks, once a student gets their diploma or degree they’ll have just two years more of free “graduate” banking, before being shunted into the world of quarterly fees and ATM charges.

The decision to opt for the best incentive – potentially a number of times – can then become very expensive.

Last week, we learned that Permanent TSB (PTSB) was tightening up how customers of its legacy accounts can continue to qualify for free banking. Effectively, it means keeping about €1,500 or more in their account. While many of these account holders will be of an older generation, it’s an approach that has been replicated across the banking sector.

AIB requires you to keep a balance of €2,500 a month if you want to avoid paying fees; Ulster Bank has a threshold of €3,000; and Bank of Ireland also says you have to keep €3,000 in your account at all times if you want to avoid day-to-day fees, but you can’t elude their quarterly €5 charge.

For people either straight out of school or only a few years into their careers – or even when they’re much older – having such an amount of spare cash that they can afford not to spend each month, may be more fanciful than realistic.

It’s no surprise then that two new startups – Revolut and N26 – have claimed hundreds of thousands of new customers here by targeting the 18-to-35 cohort. Revolut says it now has 200,000 customers here.

With current account switching rates abysmal (fewer than one per cent of us switch, according to the Central Bank of Ireland) they’re rightly targeting people who may be ramping up, or opening an account, for the first time.

While the mainstream banks appear to largely ape each other’s offerings, the likes of N26 and Revolut have stepped into the breach, snapping up thousands of customers with their style of apps and low-cost banking.

N26 advertisements have been a firm fixture on Luas trains across the capital for some time now, proclaiming it’s the “bank you’ll love to use”. Revolut, like those bank branches on campuses, has gone direct to the user, popping up in tech companies and co-working spaces across Dublin, to offer on-the-spot cards and accounts.

It’s not that the new arrivals necessarily have a much better, or cheaper, product than the incumbents. With Revolut for example, you’ll pay €6 to get your card delivered, while N26 will charge you €2 per withdrawal, if you take out money from an ATM more than five times in a month.

And it’s not like the incumbent banks haven’t been embracing technology either. AIB recently brought Fitbit Pay to its customers, which allows people to make contactless payments while they’re out for a run, while KBC Bank offers four different types of payment – Google, Apple, Fitbit and Garmin.

But the new generation of banks clearly understands their target market. Think about how Revolut allows you to split a bill. You’re out for dinner with a group of friends, and the bill comes. If you’re not a “digital native” you’ll likely rummage through your wallet for the exact amount, or opt to pay separately with your debit or credit card.

If you’re a Revolut user however, you’ll whip out your phone, scroll through your contacts and if you’re the person paying, quickly request a payment from your fellow diners. They’ll duly accept your request, and the money will be transferred into your account. No nipping out to the ATM or waiting patiently while the waiter extracts a payment from everyone’s card.

If you’re at that table and you don’t have a Revolut account, you might be feeling left out. PTSB’s Explore account, which is the only new current account you can now open with the bank, is one of the few on the Irish market which doesn’t impose a minimum balance to avoid fees. Rather, the account has a €4 monthly charge and this can be avoided if you make 40 or more transactions in a month.

Contrast this with Revolut’s approach. Unlike PTSB, which reduces your quarterly fees the more you spend, Revolut will boost your savings each time you spend, by rounding up every payment you make and storing this spare change in a separate savings wallet or “vault”.

And Revolut’s users continue to get younger. A spokesman says it’s seen “a rapid rise” in the number of students signing up for an account, attracted by these vaults, as well as its budgeting control feature, which allows you to set up monthly spending limits for categories such as food, restaurants and transport.

And their customers are going to get even younger. This summer Revolut is planning to launch an app for children as young as seven, as well as one for teenagers, in addition to expanding existing services, such as the introduction of overdrafts and commission-free stock trading.

Up until now, the incumbent pillar banks haven’t had too much to fear, with most users of the new platforms holding onto their existing current accounts. But the more people that move onto these new platforms, and the longer they use them, the greater the risk the “winner” they ultimately pick isn’t the one they started out with in college.