Am I eligible for an over-70s medical card following changes in Budget 2020? 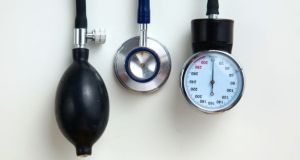 In Budget 2020, Minister for Finance Paschal Donohoe increased the amount that a person or couple can earn while still being eligible for a full medical card

Are the restoration of medical cards subject to means testing in the case of an 85-year-old, and what are the rules relating to this?

Medical cards for people over 70 have been subject to a means test for some years now. What Minister for Finance Paschal Donohoe did in the budget was increase the amount that a person or couple can earn while still being eligible for a full medical card.

As it stands, anyone over the age of 70 who has income of €500 a week, if they are single, or €900 a week for a couple is entitled to a full medical card, covering all their general healthcare costs.

That is €26,000 a year for a single person and €46,800 for a couple. It is important to note that this is “gross income”. It includes all cash income before any tax, and it also includes an assessment of what weekly income you would receive from any savings or assets you own – including any social welfare payments / state pension.

What is exempt for over-70s is any property that is not rented, including your family home. The first €36,000 of any savings or investments is also disregarded for a single person – €72,000 for a couple.

If, after all this, your gross weekly income comes to less than €500 (for a single person, and €900 for a couple), you should already be in receipt of a medical card. If you aren’t, apply now.

If you are over that limit but under €550 a week (€1,050 for a couple), then you will qualify for a card when the new rules kick in. The bad news is that, according to the Department of Health, that will not be until next July.

The Government reckons that as many as 56,000 people will benefit from access to medical cards under the new, higher-income limits.

They will also benefit from the reduction in the monthly threshold on the cost of medicine under the Drug Payment Scheme. This is currently €124 a month but the Minister said it will come down €10 to €114 a month.

But this change will not happen until September next year – in the run-up to the next budget – as the Government looks to make commitments that might improve its position going into a general election but not have to find too much money for them at a time of uncertainty around Brexit and generally tight financial room for manoeuvre, what the Government calls “fiscal space”.

People on medical cards will not have to worry about the Drug Repayment Scheme but they are required to pay prescription charges. At present, the charge is €2 per item prescribed up to a maximum of €20 in any given month. It was announced in the budget that this will also come down – by 50 cent – again from July. It is not yet clear if the monthly cap will also come down.

All of this depends, of course, on the Oireachtas passing the Finance Bill – the legislation that approves budget measures. This has to be done by year-end.