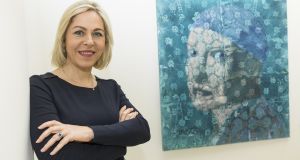 Research among more than 100 female in-house lawyers at large Irish companies has found that a majority are in favour of the introduction of measures, such as gender quotas, to counter the shortage of women in senior positions.

Excluding don’t-knows, 57 per cent said gender quotas were needed to combat workplace inequality. Four in 10, however, think gender quotas are a bad idea, and the best candidate should always get the job irrespective of gender.

The study was carried out by corporate law firm Mason Hayes & Curran. It found that about half of the female lawyers surveyed had moved to in-house roles for a better work-life balance.

The research suggests that the burden of childcare and running the home is falling “for the most part” on the shoulders of women, and this is hindering their route to senior roles.

Of the lawyers surveyed, those working in banking and finance said their industry was among the worst for gender pay issues. About half of in-house lawyers at financial firms said they thought women were paid less than men for equivalent roles.

“Quotas can be controversial, particularly among high achievers who feel they may detract from pure merit-based advancement,” said Vanessa Byrne, a partner at Mason Hayes & Curran. “However, the lack of momentum in achieving gender parity means the concept of gender quotas is gaining support among the legal profession.”