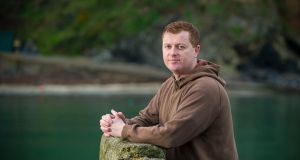 “Comedy junkies” who subscribe will be offered video content, interviews, discounts and other extras, while WWN’s daily diet of satirical articles will remain free to access.

With headlines such as “RTÉ Player to switch from diesel to electric” and “Leo’s totes cool super awesome guide to climate disaster”, WWN has become a mainstay of online Irish publishing, with two people working full time and two part time on the site. But generating sufficient advertising revenue is a struggle.

“We have 1.5 million readers a month, but even with that traffic, you’re bringing in very little through the ads,” said Mr Williamson. The agency Electric Media previously handled its ad sales, but it now mostly relies on the Google AdSense programme and occasional brand campaigns for income.

“It’s a conservative market in Ireland and brands tend to play it quite safe. With Brexit, advertisers are also holding on to their money,” he added.

Legal threats can also put the site in “a precarious position”, but the hope is that a stream of income from fans will help it continue to produce the satire that makes “headlines and enemies around the world”.

WWN derives much of its audience from Facebook, with which it says it has a love-hate relationship.

“Without Facebook, we wouldn’t be here,” said Mr Williamson. However, like other web publishers, the flipside is that it has a high dependency on it. A Facebook algorithm change in 2018 saw its traffic decline sharply after a 2017 peak.

“They basically cut us in half, along with everyone else.”

Mr Williamson originally intended to launch the WWN subscription service earlier this week, but had to postpone the move after one of its articles, headlined “The boom is back! Fresh job losses announced” was flagged on Facebook as clickbait. This resulted in the reach of all its content being restricted for a period.

But the WWN founder said Facebook representatives had also contacted him “looking for advice” on how the social network giant should manage satirical content on its platform.