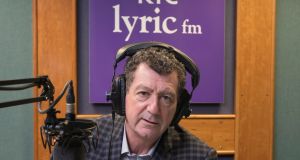 Sounds of shock and disappointment circulated through the corridors of Lyric FM’s Limerick studio headquarters on Thursday as staff tried to come to terms with the prospect of losing their jobs.

Many of the 23 full- and part-time staff previously uprooted their families to Limerick from other parts of the country when Lyric was launched by RTÉ in 1999 as a music station focussing on classical content.

Staff were upset at hearing, through the media, about RTÉ’s plans to shut the Limerick studios and relocate their jobs to Cork and Dublin.

“We’ve been given a very brief outline that essentially Lyric is going to be closing down its operations in Limerick and they will be divided between Dublin and Cork,” explained executive producer Eoin Brady.

“People are shocked, because we aren’t figures on a balance sheet, we are embedded in the community, we are people with children in schools.”

He said staff were “particularly shocked by the way the message was delivered, which was leaked to a political journalist within The Irish Times”. Mr Brady claimed this indicated “some game play going on here”.

“We’re very worried. We are worried about ourselves but we are also worried about Lyric. When you flick through the FM bandwidth the minute you hit on Lyric, you know what it is, and that’s because we are unique, and it would be a terrible shame to lose that.”

Seasoned Lyric presenter and father-of-three Lorcan Murray said he learned of the proposed axing of the Limerick studios through a text message from a friend who had read the news online.

“A friend of mine sent me a text at 11.30pm last night, asking me had I seen The Irish Times [story] online. I was just going to bed. So there you go. The Irish Times knew about it before I did,” said Murray, visibly upset.

The presenter, who has steered the flagship Classic Drive programme to 50,000 daily listeners, added: “I’ve three children, aged 11, 12 and 14, and a mortgage, so I am concerned. I want to stay doing what I do best, which has been endorsed by the latest JNLR [radio listenership] figures.”

“As far as I’m concerned they’re closing in Limerick. I can’t say where it will all end,” he added.

“It’s just so disappointing. I’m 31 years now with RTÉ and I would call myself a very loyal employee, and I feel very disappointed in the way I’ve been told.”

Local politicians also expressed anger and frustration at the proposed closure of the Limerick studios. Fianna Fáil TD Willie O’Dea tweeted it was “a huge blow to arts and media in Limerick”, while Fine Gael Minister of State for Finance Patrick O’Donovan said RTÉ’s plans were “very concerning”, adding “cost reductions must be exhausted before any studios are closed”.

Similar views were expressed across the political spectrum as Limerick mayor Michael Sheahan (Fine Gael) called for a meeting with Ministers Richard Bruton and Josepha Madigan “to discuss this shock announcement and see if it can be reversed”.