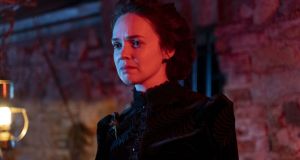 The Dry, a six-part comedy drama made by Element Pictures for RTÉ One, received the highest funding award under the latest round of the Broadcasting Authority of Ireland (BAI) Sound and Vision scheme.

The series, also backed by Screen Ireland, received €485,000 under the regulator’s scheme, which is mainly funded through television licence fee revenues.

The BAI allocated a total of €6.2 million to television and radio on this occasion, with €669,000 of this given to 22 projects in the community radio sector.

The funding includes an additional €1 million directly injected into this round by Minister for Media Catherine Martin as part of a range of broadcasting supports announced on Monday.

Despite this, the scheme was once again “significantly oversubscribed”, the BAI said, with some 190 applications seeking more than €22 million.

Written by Nancy Harris, The Dry is pitched as an “irreverent, sharp, funny and moving” depiction of an Irish family in denial and is unconnected to the film adaptation of Jane Harper’s novel The Dry. Element Pictures are the Dublin-based producers of films Room and Brooklyn and television series Normal People.

Among the other production companies to be successful in securing funds, DoubleBand Films was awarded €400,000 for one-off bilingual TG4 drama Fréamhacha (Roots), which was described as “a modern horror story in a mythic setting”, while Magpie 6 Media will receive the same sum for The Wee Littles, an animated bilingual preschool series for RTÉjr.

Subotica was also awarded €400,000 for Provision, a feature film drama in which an asylum seeker from Niger meets a former prisoner from Dublin, while Deadpan Pictures was allocated €350,000 for the second series of Dead Still.

The BAI said it planned to have a focused €2.5 million round for commercial radio stations in the first quarter of next year, as well as a €1.4 million funding round for projects that “help address challenges faced by the live music sector”. Further details will be announced in January.

An open funding round is planned for later in 2021, and there will be more support for community radio, it added.

Ms Martin has asked the BAI to prioritise local and regional radio stations under the €2.5 million round.

John Purcell, chairman of the Independent Broadcasters of Ireland (IBI) group, thanked Ms Martin for engaging with the sector and said the additional funding marked “a hugely positive step” in securing the ongoing provision of reliable news and information on radio stations during the pandemic.