Incorrect claims for credits leading to backlog of claims being processed 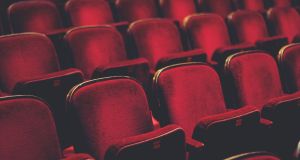 Revenue figures show that €95 million in tax credit claims by film and television production firms for 2018 followed claims of €73 million made for credits in 2017, €45 million in 2016.

However, incorrect claims for the tax credits are leading to a backlog of claims being processed by the Revenue Commissioners.

According to Minister for Finance Paschal Donohoe, the scheme as currently designed requires up-front verification of claims and this means that the normal tools to discourage incorrect claims – interest, penalties, publication and prosecution – are not available to Revenue.

In a written Dáil reply to Fianna Fáil leader Michael Martin, the Minister said: “Accordingly, a considerable amount of Revenue time is being taken up addressing incorrect claims. Revenue has informed me that there has often been protracted correspondence with claimant companies who do not have sufficient records to support their claims, and this in turn leads to inevitable delays.

He added: “The level of Revenue examination of these applications must match the risk to the exchequer given the rising cost of the credit, with the tax credit value of applications received in 2018 alone totalling €95 million.”

Mr Donohoe said Revenue had advised that there was an issue with the design of the scheme and said provisions in the Finance Act 2018 would change the way in which companies claim the film corporation tax credit and would address the difficulties.

The Minister added: “Those changes, once commenced, will put all claims on a self-assessment footing, with companies’ compliance assessed by Revenue in the same way as compliance with all other tax reliefs.”