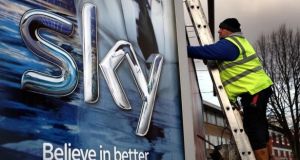 Sky is ramping up its TV production portfolio by taking stakes in British indie firms Chrysalis Vision and True North for an undisclosed sum.

The broadcaster’s majority stake in True North marks the end of Channel 4’s involvement with the Leeds, England-based production house, which was previously backed by Channel 4 Indie Growth Fund.

True North – known for a number of popular series including Teen Mom UK, Homes By The Sea, A New Life In The Sun and Building The Dream – will stay based in the north of England, growing its base in both Leeds and Manchester following the investment.

Sky Vision will become the commercial and distribution partner for content for both companies, though existing agreements with other broadcasters and distributors will be upheld.

6 State factors in reduction of €2bn in corporation tax