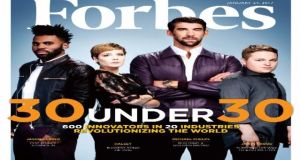 A long legal battle over the takeover of Forbes magazine has been settled after the Chinese investors who bought the media company in 2014 agreed an out-of-court deal with the Forbes family.

According to a legal document sent to a Delaware court in December 2015, the deal was split into two tranches, with IWM paying $350 million for 80 per cent of the Forbes company at the time of the agreement and another $65.6 million in a series of instalments.

To finance the second part of the takeover, IWM agreed to borrow an undisclosed amount of money from the Forbes family to complete the transaction. As part of the loan agreement, IWM had to repay the loan in instalments staggered over a period of years.

But Forbes family members said in the lawsuit that IWM had refused to pay what it owed them. In addition, IWM also refused to unlock $17.5 million that had been placed in an escrow account to cover potential claims for indemnification based on any breaches of contract when the company was run by the Forbes family.

However, both IWM and Forbes say the dispute has now been settled, following an agreement last month. The terms of the settlement were not disclosed, but one person familiar with the negotiations said IWM had agreed to pay all of the outstanding amount and related late-payment interest with the completion of the deal. IWM has also released all of the funds it had put in the escrow account.

Forbes will retain a 5 per cent stake in the business as originally agreed at the time of the sale.