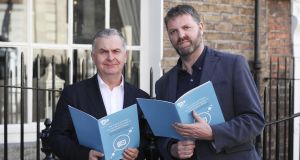 The radio industry has called on the Government to take “immediate and decisive” action on long-promised broadcasting reforms.

The Independent Broadcasters of Ireland (IBI) group said its members had been waiting almost three years for the Broadcasting Act to be amended in a way that would yield financial support for the sector.

“The Government must stop sitting on its hands and act,” said IBI chairman John Purcell, who is also chief executive of Carlow and Kilkenny station KCLR 96FM.

“Our members are keen to continue to invest in quality programming and deliver extended public service broadcasting to their listeners, but this is becoming increasingly difficult.”

The IBI – in common with RTÉ, Screen Producers Ireland and other groups – has repeatedly urged the Government to attempt to tackle the levels of television licence fee evasion, estimated to cost the sector as much as €30 million a year.

The independent radio group has also sought a direct share of the higher licence fee receipts.

At present, only limited public support is available to independent radio stations through documentary producers who receive funds through Sound & Vision, a Broadcasting Authority of Ireland (BAI) scheme.

However, a report published by the IBI on Thursday describes the scheme as “too restrictive” and “too onerous”, in part because it cannot be used to fund the live content that makes up the majority of stations’ output.

Mr Purcell said there had been no progress on amendments to the Broadcasting Act, first flagged by former minister for communications Denis Naughten, despite it being on the Government’s legislative priority list for the past year.

Among the proposed amendments was a 50 per cent cut in the broadcasting levy paid by all stations to fund the operation of the BAI.

Regulated broadcasters pay between €30,000 and €200,000 a year under the levy, and the independent sector has long argued it is unfairly applied.

The Minister for Communications Richard Bruton has not yet published the report of a working group set up to examine the future of the television licence fee or the five-year funding review of RTÉ and TG4 carried out by the BAI, which the Department of Communications received last year.

The Revenue Commissioners is said to have signalled its opposition to taking on licence fee collection duties from An Post. This had been a key recommendation of an Oireachtas communications committee report on the future of Irish public service broadcasting, published in November 2017.

The Oireachtas report also recommended that the Minister establish a new fund, under the BAI, to help radio stations finance local news and current affairs programmes.

“Promises made before the last election have amounted to nothing and since then we have seen the publication of numerous reports, recommendations from broadcasting forums and Oireachtas committees, but no concrete action,” Mr Purcell said.

“Public service content provided by local, regional and national independent radio stations is in danger of being lost unless urgent, decisive action is taken.”

Why the notion that building more houses will cure our housing woes is bogus 05:27
Airline stocks bear the brunt of Covid-19 volatility 05:06
Coronavirus rocks financial world as hopes for containment fade 05:00
Coronavirus panic sweeps through global markets 19:08
Coronavirus: Iseq down 11% in five days as global sell-off is worst week since 2008 crisis 18:22
Search executive
jobs on irishtimes.com