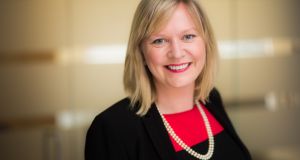 London-headquartered public relations agency Hanover, which has a presence in Dublin, has been acquired by Canadian group Avenir Global for an undisclosed sum.

The acquisition puts the Montreal-based group in the top 15 agencies globally with annual revenues of £125 million and 1,000 employees.

Hanover is hugely respected as one of the best and fastest growing agencies in the world and this transaction showcases our ambitions. In addition to an enhanced geographic footprint, there is a strong cultural alignment, which is critical to our teams working well together,” said Irishman Ralph Sutton, who serves as Avenir’s international managing partner.

The Dublin office, which was established in 2016, is led by Lorna Jennings with former Tanaiste Mary Harney among its senior advisors. Local clients include Grant Thornton, Microsoft and BT Young Scientist and Technology Exhibition.

“This marks a significant milestone in the evolution of Hanover Dublin. As the only Irish office in the network, we see substantial growth opportunities for the business here as well enhanced capabilities to deliver the highest level of strategic support for our clients on a truly global scale,” said Ms Jennings.